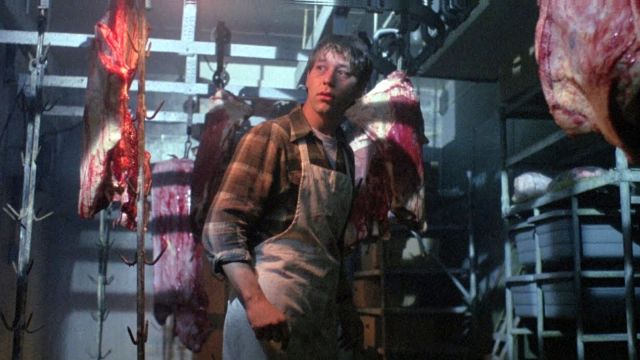 Slashers are arguably the most consistently successful horror films out there, with the likes of Texas Chain Saw Massacre, Halloween, and the various Friday the 13th movies and Nightmare on Elm Street films all prevalent in the public’s mind.

There’s a whole swathe of slasher films that, while brilliant, don’t quite get the mainstream attention of their forefathers. Horror fans are today celebrating some of their favorite obscure films from the subgenre, and there are some absolute hidden gems amongst them.

If you’re in the mood for a somewhat meta slasher, look no further than Popcorn. Literally, about students attending a slasher movie marathon in a cinema that goes wrong, it’s delightfully fun and still deadly serious with its premise. The perfect way to do a meta-horror film.

Bad horror fans can take some delight in the likes of Criminally Insane, a name so perfect for a bad slasher film it should be studied by film students. Similarly, 1988’s Edge of the Axe, follows the usual tropes but also features an 80s B-movie trope of being filmed with Spanish actors as Americans.

Beautifully shlock director Jim Wynorski made the “it’s exactly what you think it is” Sorority House Massacre series, which you can just about visualize without knowing anything about it. The magic of cinema. If you’re expecting women in minimal clothing to be hunted by a serial killer, you’re right.

If you prefer a more high-concept slasher, Intruder is precisely what you’re looking for. In case shopping in a supermarket wasn’t scary enough, what if a serial killer (for some reason) dedicated his life to killing the store’s employees? Sam Raimi makes a cameo too, to cement its horror status.

Slashers are seeing a resurgence thanks to the likes of the X trilogy, as well as the long-awaited end to the Halloween trilogy. It’s a brilliant time to love horror, with an excellent new wave of directors currently working.