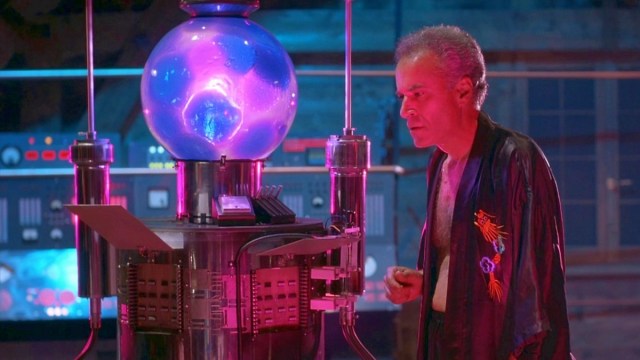 Horror movies have been spewing out of Hollywood for a long time and one, in particular, has caught the interest from way back in the day. From Beyond is a 1986 film that has kickstarted a new trend among fans who can’t help but gush about how cheesy and gory it is. After all, that’s what every horror fan wants.

Directed by Stuart Gordon and starring Jeffrey Combs, Barbara Crampton, and Ted Sorel, the film’s storyline takes the fans on a ride in virtual reality. Of course, back in 1986, they had no idea what that actually meant. They called it perceptible reality and fears from those days have surfaced.

When an obsessive doctor is murdered, an investigation is afoot that leads the movie into a realm that no one understands. The new life that fans’ renewed interest has blessed it with has come at a time when some of the latest horror flicks are failing to scratch that tantalizing itch for some good-old terrifying storylines and heartstopping scares.

Who doesn’t love overacting and that also done very badly? There are stars, and then there are actors who will go down in history for their over-the-top acting prowess and the stars in From Beyond certainly top this list.

There is no denying that the film is scary. Of course, it is. But somehow, amidst all its elaborate gore and psychological tickling, it manages to be funny as well.

Fans of From Beyond have reservations about recommending it to anyone they know. That’s because the horror fan who loves this movie doesn’t want anyone to know their hidden dark side. “Pulsating flesh bags” and “extra appendages” don’t even begin to explain how sadistic this movie gets.

In 1986, this could easily be one of the movies that turned fans toward the world of horror. Commenters keep coming back to the hospital scenes, which have broken peoples’ brains. One gets caught up in the body horror while another stays stuck on the sex scenes. It has something for everyone.

It is a known fact that the budget involved in the making of a film significantly contributes to deciding its success. And yet, From Beyond still rules despite a minuscule budget, something that impresses horror fans of today.

When a movie from the past has the ability to reach into the future and touch horror fans right in their psyche, it’s definitely worth watching. It’s available free on Pluto and is, undoubtedly, the perfect film to begin your Halloween binge-watch session.