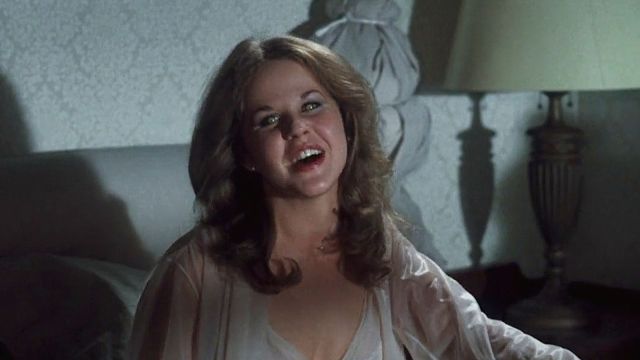 Despite a legacy as possibly the greatest horror movie of all-time, no franchise has struggled so consistently with sequels as The Exorcist has. William Friedkin’s 1973 film was shocking to audiences, although its sequel was far more shocking in a much worse way.

Exorcist II: The Heretic is widely considered to be not just one of the worst horror sequels of all-time, but one of the worst movies ever made. Its star-studded cast featuring Richard Burton, Max von Sydow, Louise Fletcher, James Earl Jones and Linda Blair all left with this embarrassing mark on their filmography. Horror fans are now attempting to find anything to salvage out of the 1977 sequel.

This may be the most impossible task in horror discussion.

Staggering even to the modern eye how such a strong cast could endow upon the world such a retched sequel, perhaps the best thing in the film is the cast. Blair returns as an older version of Regan who is still struggling with life after the first film, with her in and out of a psychiatric facility.

There’s a beautifully cynical view of The Heretic, with it such an early example of a cash grab Hollywood horror film. Oozing with a sense of “well, the first one did well, so why not”, it just about broke even with a $30 million box office return from $14 million.

The ever-talented composer Ennio Morricone’s score is another massive positive for The Exorcist II, with him yet again able to make some stunning music. If there’s a better composer out there in the world, we’d love to see them. Morricone’s ability to give his all for such a bad project arguably lifts the film to being somewhat worthy.

Speaking of truly awful sequels, you can’t not bring up American Psycho 2. What if you were to replace biting satire and brilliant writing with absolutely nothing? At least Mila Kunis and William Shatner got a payday, very similarly to The Heretic’s cast.

Shoutout to the demon in The Heretic who has one of the best demon names ever in Pazuzu. Always about demons getting fun names in horror. Looking at you, Sinister.

Exorcist II: The Heretic is available to rent from Amazon Prime Video.