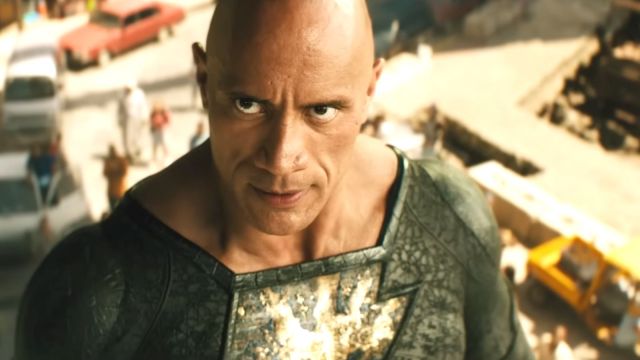 The newest movie set in the DC Extended Universe is finally here with Black Adam thundering into theaters. The film was directed by Jaume Collet-Serra and serves as the culmination of Dwayne “The Rock” Johnson’s efforts to get the film made. Even though on the surface Black Adam might seem to be an outlier in the DCEU, with no major connections to any other films in the universe, it does connect to the other films in interesting ways.

Some — if not all of these connections — involve the Suicide Squad. The film takes characters from James Gunn’s The Suicide Squad and plot threads from David Ayer’s Suicide Squad and inserts both into its plot. Let’s take a look at these references, and how impactful they were on the overall story of Black Adam.

What are the connections to the Suicide Squad in Black Adam?

She checks in with the Justice Society throughout the film and returns in the post-credits scene, warning Black Adam that if he leaves Kahndaq or steps out of line, she will place a call to someone who can stop him. It is revealed that this someone is not of this Earth before Henry Cavill’s Superman flies in front of him, accompanied by the John Williams Superman theme. Her knowing Superman and the Justice League was referenced in Suicide Squad and Peacemaker when the Justice League showed up at the end of the series.

The only other major link to The Suicide Squad in Black Adam is the appearance of yet another character from that film. About halfway through the movie, Black Adam surrenders to the Justice Society, saying ‘Shazam!’ and reverting back to his human form. The Justice Society then flies him to one of Amanda Waller’s black sites which happens to be under the sea. You have to wonder if Aquaman objected to its construction.

Who runs that undersea facility? Amanda Waller’s trusted underling Emilia Harcourt, played by Jennifer Holland. While Harcourt was in The Suicide Squad, she and her team were major players in the HBO Max series Peacemaker. She is only in a quick scene in Black Adam, wearing a very shiny snazzy outfit while making sure Black Adam gets in his cell. But, she is walking again which means her physical therapy must have gone well. At the end of Peacemaker, she was undergoing physical therapy after the “butterfly incident”. These are the only major connections to the Suicide Squad in Black Adam, and if you want to see them for yourself, go catch Black Adam while it is in theaters now.