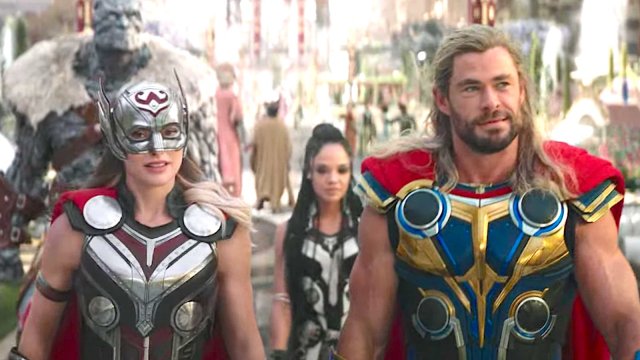 The wait is almost over for the latest film set in the Marvel Cinematic Universe, Thor: Love and Thunder. The fourth film in the Thor franchise is directed by the same director as the previous film, Taika Waititi, and will release in theaters on July 8, 2022. However, the film’s premiere was held on the 23rd of June, so a few things have already come out regarding first reactions to the film.

Critics have been tight-lipped and sworn to secrecy by their embargoes, but tiny pieces of information are getting out nonetheless. One of these pieces of information is something every Marvel fan wants to know ⏤ namely, just how many post-credits scenes are in the film, and should we be staying until the end of the credits to watch them?

How many post-credits scenes are in Thor: Love and Thunder?

It is currently unclear what, exactly, these post-credits scenes contain, as thankfully that information has not spread in the wake of the premiere ⏤ but fingers are crossed that it’s Loki-related. Because Waititi is back at the helm, at least one of the scenes will likely be humorous. You should still be wary of any spoilers that may come your way from the premiere, as nobody wants a repeat of the Eternals premiere, from which the Harry Styles cameo as Eros, also known as Starfox, was leaked.

As the Love and Thunder premiere already occurred, we can say that the first reactions coming out of the film are positive, with most singling out Gorr the God Butcher as one of the MCU’s best villains to date. It also seems like the pairing of Tessa Thompson as Valkyrie, King of New Asgard, and Natalie Portman as Mighty Thor is getting positive attention as well. Critics are also understandably praising Waititi’s direction, as it seems he has not missed yet.

Hopefully, moviegoers stay quiet until the film opens theatrically worldwide, but until then, fans who are excited to watch Thor: Love and Thunder should do their best to avoid any possible spoilers.

Thankfully, we do not have to wait much longer to experience the film in all its thunderous glory, as Thor: Love and Thunder is set to release in theaters on July 8, 2022.