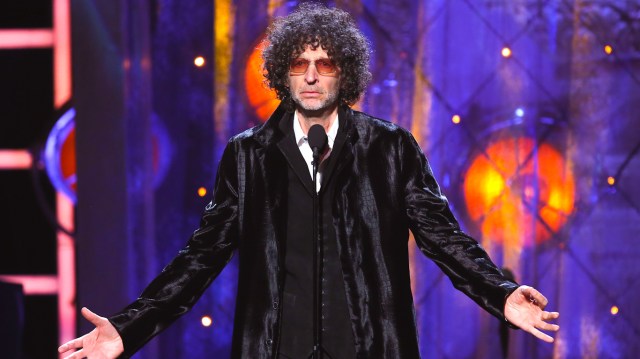 Doctor Doom is one of the most popular villains in Marvel history. And comic fans have been crying out for the character to make his MCU debut for ages. And this demand has only grown now that fans have been treated to their first glimpse of his long-term foe, Reed Richards. However, today Howard Stern might have accidentally confirmed that a Doctor Doom project is in the works, and he is involved in it.

This rumor started when Twitter user @UpToTASK posted a clip from the Howard Stern radio show. During an ad break, Stern and his crew seemingly left their microphones live, allowing listeners to hear what they were talking about during the commercial break.

It starts with Stern saying: “They’re going over the schedule with me, and it’s going to suck.” Someone else then asks Stern if he is: “working this summer?” Stern replies: “I told you, I’m going to do Doctor Doom. That’s the thing.” Stern’s co-host seems genuinely surprised by this statement, replying: “I didn’t know you were doing that.”

Stern interjects by saying: “But believe me, I’m fucking miserable about it.” Unfortunately, the bit after this is obscured by the ad and his co-hosts talking over him, but Stern can be heard saying: “But that’s what I did on Americans Got Talent.” Then, once the noise clears, Stern says: “I called Robert Downey, Jr. and I was asking him acting techniques.”

Before ending with “Did you have a number for John,” before the clip cuts off, leading many to suspect that Stern was about to say, Jon Favreau, the producer, and director of Iron Man and Iron Man 2.

Of course, fans are curious if this is an actual leak or some elaborate gag by Stern. The star has been known for courting controversy and he has pulled off massive publicity-grabbing pranks in the past. Some Twitter users have argued that this might be a deliberate leak, noting that Stern and his team are experienced professionals, so they would know to not leave mics on during breaks, with a Twitter user noting that: “Every studio is different, but commercials at my stations were often so loud you could barely hear a talent speaking over it, and this is so loud.”

This wouldn’t be Stern’s first movie role, as the host appeared in the often forgotten film Private Parts in 1997, which was a loose adaptation of Stern’s autobiography. However, MCU fans will have to wait and see if this is a real leak or if Stern has once again tricked the public and the press.