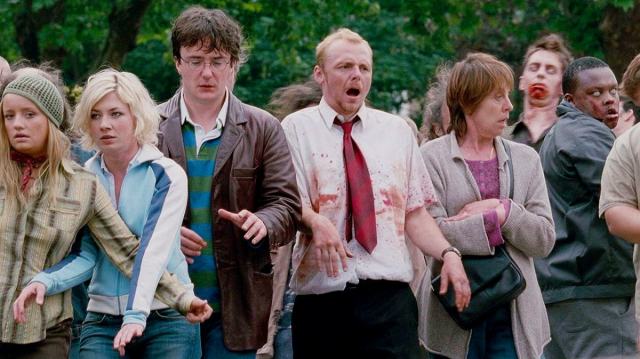 For those who love to laugh and scream at the same time, Reddit has you covered on the best horror comedy—and comedy horror—films in existence.

DonTeca35 spurred the discussion in r/horror (cleverly nicknamed “Dreadit”) by straight up asking for horror comedy recommendations. “Been a while since I’ve watched any horror comedy so I’m counting on y’all!!!” the Redditor exclaimed. “Doesn’t matter if they are top tier or B grade, as long as it can make me laugh & jumping [sic].”

A surprise to no one, Shaun of the Dead, Edgar Wright’s 2004 zombie comedy, is the highest-upvoted selection in the thread.

“That one is actually in my top 3 zombie films of all time,” DonTeca35. While we don’t know about top three, we agree that it’s one of the best zombie movies—and probably the funniest. Its few competitors for the latter distinction are Zombieland, Zombieland: Double Tap, Army of Darkness, Warm Bodies, and Bubba Ho-Tep.

As for non-zombie horror comedies (or at least those that aren’t zombie-specific, but may contain zombies), roncopenhaver13 got lots of support for choosing Idle Hands, a 1999 teen comedy horror film about a high school stoner with a possessed hand. “This is the best answer here,” cfulmer916 wrote as a helping hand.

Other non-zombie-specific funny horror suggestions include Blood Fest, Freaky, Scream, Slither, The Cabin In The Woods, Tucker and Dale vs. Evil, and Buffy the Vampire Slayer (the original movie).

Although they are at opposite ends of the genre spectrum, horror and comedy can successfully merge to give viewers a surplus of stimulation. It’s a wild ride!