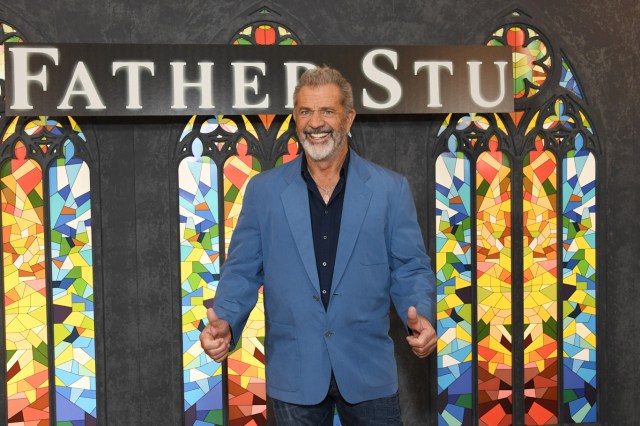 In Hollywood, there’s “showbiz jail,” which is what befalls big stars when, for example, they slap a comedian on live television during Hollywood’s biggest night, and they’re not allowed to make movies for a year or two until the public decides they don’t really care.

And then there’s Mel Gibson‘s exile to “showbiz Siberia,” which is what happens when a star is deemed too much of a liability to ever headline a big-budget film, either due to being such a drug addict that the production can’t be insured, or such a toxic public presence that the general public will actively stay away from their films.

The once-beloved action star has seen his star fall, going from being one of the top-drawing action stars in the world to announcing today, in a Deadline EXCLUSIVE, that he would be co-starring in an action film whose lead is Dominic Purcell, best known for his supporting role as Heatwave in the CW’s superhero comedy show DC’s Legends of Tomorrow. This will mark Gibson’s eleventh low-budget quickie in two years.

The beginning of the end of Gibson’s career effectively started with a routine traffic stop in 2006, when he was pulled over on suspicion of a DUI, and called the female officer “sugar tits.” He went on to tell her, apropos of nothing, “The Jews are responsible for all the wars in the world!”

He later told Variety in 2016 that this was an isolated and “unfortunate incident,” further clarifying that

“I was loaded and angry and arrested. I was recorded illegally by an unscrupulous police officer who was never prosecuted for that crime. And then it was made public by him for profit, and by members of — we’ll call it the press. So, not fair. I guess as who I am, I’m not allowed to have a nervous breakdown, ever.”

However, in 2010, it was revealed that a drunk Mel Gibson called with a series of threatening messages for Oksana Grigorieva, long-time companion and mother of one of his children. Among the many, many horrible things he said to her in these calls, which Grigorieva recorded, he led off by wishing she would be sexually assaulted by “a pack” of Black people, to whom he referred by a racial epithet that starts with the letter “n” and ends with your career being taken away from you. The conversation then devolved from there.

Luckily for Gibson, the Academy of Motion Pictures Arts & Sciences are more forgiving of racism, misogyny, and antisemitism than the general public when enough money is involved, and he was nominated for Best Director at the 89th Academy Awards for his Andrew Garfield-starring film Hacksaw Ridge.

Ridge was a hit with international audiences, which make the bulk of the audience for these low-budget action quickies. But with American audiences still not looking to forgive Gibson any time soon, it may be a good long time before he headlines another Lethal Weapon-type big budget franchise.