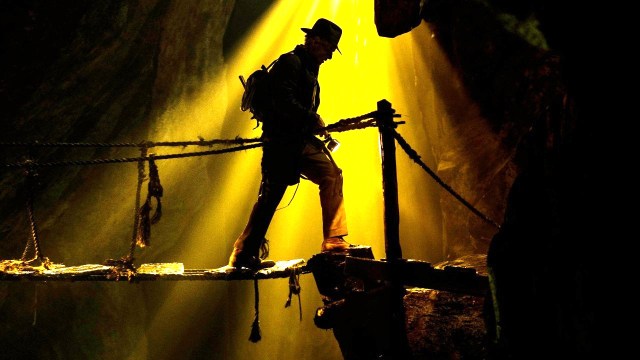 It’s official: Harrison Ford will once again be battling Nazis in the upcoming Indiana Jones 5, but this time it is set in 1969 rather than World World II. Now, we’re getting the first official images of the baddies in the film, portrayed by Mads Mikkelsen and Boyd Holbrook.

Donning a black leather jacket, fedora, and rounded glasses, Mikkelsen’s Voller certainly looks like he’s channeling Ronald Lacey’s Major Arnold Ernst Toht from the original Raiders of the Lost Ark. Meanwhile, Holbrook’s Klaber, a henchman of Voller, can be seen crashing a ticker tape parade in New York in 1969 to celebrate the moon landing, the locale of a major action set piece in the film, according to Empire Magazine.

In terms of what we know about the plot for Indiana Jones 5, it looks to be a fascinating mashup of the space race and the aforementioned Nazis, with Voller being partially inspired by a real-life Nazi who became a NASA engineer, Wernher von Braun. Mikkelsen explained,

Mikkelsen’s look in the first image was enough for one fan to ask whether Voller might actually be the long-lost brother of Lacey’s Major Arnold Ernst Toht.

Although we’re getting ready for some kind of space-race plot, which could easily end up with Indy punching Nazis in space, could time travel be involved, too?

One fan’s assessment was that the villains already look more intimidating than what we got with Indiana Jones and the Kingdom of the Crystal Skull.

Indiana Jones 5, which has yet to receive its official title, is expected to hit theaters on June 30, 2023.