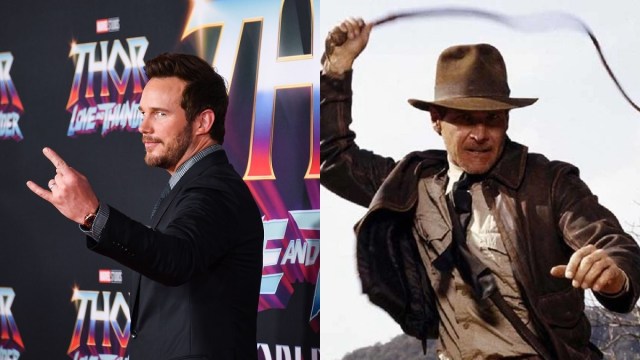 Harrison Ford didn’t seem to have any issues with Alden Ehrenreich taking over one of his two most iconic roles in Solo: A Star Wars Story, but the veteran star is determined to ensure that no such thing happens with Indiana Jones.

Having previously exclaimed that the character dies with him in typically deadpan fashion, the 80 year-old legend will be hoping that next summer’s long-awaited fifth installment allows the intrepid adventurer to ride off into the sunset in spectacular style, although we should point out that’s literally how 1989’s The Last Crusade ended before Lucasfilm opted to dust off the property two decades later.

Chris Pratt recently caught the attention of the internet when his facial expressions and body language told a completely different story from his face when he was quizzed on those rumors touting him as a potential candidate to headline a reboot, and the response from longtime Indy fans has been exactly what you’d expect.

Harrison Ford is Indiana Jones, but then again, you could say the exact same thing about Han Solo, and that didn’t stop the Disney machine from trying to revitalize one of the actor’s legendary figures. A five-film series spanning 42 years is a long-lasting legacy as it is, and it’s not as if the Mouse House doesn’t have Marvel and Star Wars to lean on for the foreseeable future.

Maybe Indy will be allowed to rest once James Mangold’s globetrotting blockbuster arrives, but part of us would love to see Pratt announced as the next iteration of the professor/archeologist/badass, solely to see what would happen on the internet.