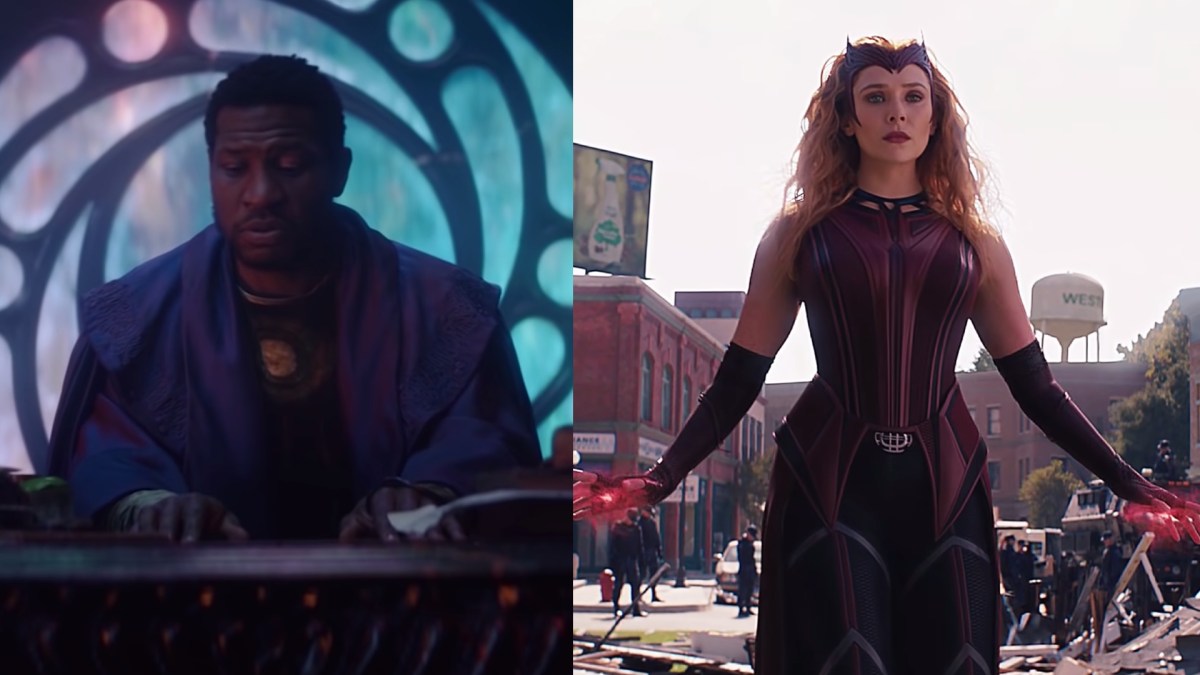 Photo via WandaVision/Loki - Disney Plus

The return of box office-shattering MCU movies has Marvel fans overloading with theories and conspiracies about where the Marvel Cinematic Universe will go next.

A new theory posted to Reddit’s FanTheories sub is generating buzz after user Wun_Weg_Wun_Dar__Wun proposed that Kang the Conqueror will be drawn to the MCU in search of Wanda Maximoff. The theory is a bit dense, and leans heavily on comic book lore to draw connections, but suggests a genuinely intriguing theory that many fans can see actually taking place in future MCU releases.

The theory begins by reminding readers of the current state of the MCU’s multiverse. Noting that “the end of Loki resets the status quo of the Multiverse,” Wun dives into a theory that ties in multiple upcoming MCU releases, a number of its established characters, and several mind-bending possibilities for the multiverse.

After pointing out that the events in Loki established that the “Multiversal War is back on,” Wun goes on to explain that this presents the option for “an infinite number of Kang variants, a significant proportion of which are evil and want to conquer everything.”

Kang the Conqueror is a popular Marvel villain, and an intimidating one at that. He has no natural-born abilities but has an extraordinary mind. This makes him an expert on nearly everything, from history and engineering to physics and, importantly, time travel. His ability to travel through time makes Kang the villain that he is, and has also allowed for an infinite number of Kangs to exist throughout various timelines. Many of these are malicious, power-hungry reflections, intent on using their abilities to seize control of the universe.

The existence of Kang in the MCU — which has already been established, following his appearance as “He Who Remains” in Loki — opens up a vast number of possibilities for the future of the franchise. As noted by Wun, some of the alternate versions of Kang — like He Who Remains — aren’t evil at all, and simply use their advanced tech and brilliant brains to protect their own universes, typically from other evil versions of themselves.

Thus, we get to the heart of Wun’s theory. If all the Kangs in the universe exist in future realities, each of which would conceivably be far more advanced than our own, why would any Kang variant be interested in coming to the present? Our reality, as established in the MCU, doesn’t have much to offer to a time-traveling genius from the future.

Except for Wanda Maximoff, aka Scarlet Witch.

As Wun points out in their post, “Anybody can become a Sorcerer, and there are apparently plenty of witches running around on Earth – but as far as anybody knows, there is only one Scarlet Witch. There is only one, single Wanda in any given timeline/reality, and that means any Kang variant that wants to meet the Scarlet Witch must travel back to the Present.”

This provides tantalizing motivation for future variants of Kang, both good and evil. While evil Kangs would likely be interested in eliminating Wanda as a potential threat, good versions of Kang would most certainly be interested in recruiting her to help them protect their respective timelines or realities.

“If I was a mega genius super scientist trying to protect my timeline/reality from infinite clones of myself, I would definitely want a hyper magical reality warper on my side,” Wun notes.

Wun goes on to explain that their theory provides a loophole for Marvel writers to “prevent [Wanda’s] new, over-the-top power level from making everybody else irrelevant.” If an evil variant were to make its way to our Earth, it makes sense that they would use everything in their impressive arsenal to eliminate — or at least subdue — Wanda from the get-go.

Kang would present a truly formidable enemy to the remainder of the Avengers, none of whom are much of a challenge to Kang. Not even magic — the traditional kind, like that used by Doctor Strange — poses a threat to Kang, who can analyze and eliminate pretty much anything that can be studied. This is why, according to Wun’s theory, the MCU took such care in illustrating that Wanda’s abilities “don’t follow the rules” in WandaVision.

“She doesn’t cast spells, or even follow any kind of organized System – she just does stuff. Her magic is Capital-M Magic, and that could make her the perfect counter to a villain like Kang; an enemy he can’t fully predict even with all his knowledge and tech, because he (and everybody else) truly has no idea how her powers work.”

The stars do seem to be aligning for an epic Scarlet Witch vs Kang standoff. Wanda’s magic has quite a bit in common with the reality-warping abilities of Franklin Richards, whose connection to Kang is well recognized by fans of Marvel Comics. And given Kang’s already-established presence in the MCU — and his upcoming role in Ant-Man: Quantumania — the character seems poised to become a mainstay villain for the new team of Avengers the MCU is working hard to establish.

Commenters on the post seem to agree with Wun, littering the comment section with their own impressions and expanding on his theory. One of the top responses predicts that the MCU version of Kang will enter the “present-day MCU through the Quantum Realm.”

This could set the stage, as noted by Wun in a responding comment, for the MCU to establish Kang with a slightly altered parentage. Instead of connecting him back to The Fantastic Four, as he is in the comics, the MCU writers may instead link him back to Scott Lang — aka Ant-Man — and Hope van Dyne — aka the Wasp. If he was instead a descendant of Scott and Hope, it could help explain his “chill and goofy” demeanor in Loki, and would eliminate the need for a Fantastic Four tie-in. It would also present the opportunity for a fun, humorous version of Kang to enter the universe in Quantumania, establishing the character’s power portfolio, before the introduction of an evil variant arrives to shake things up.

The theory is a good one and genuinely seems like it could fit into the MCU’s current trajectory. It provides a connection between the upcoming Doctor Strange and the Multiverse of Madness and Quantumania, puts Wanda in a massively important role, and potentially sets the stage for the introduction of the MCU’s next major baddie.