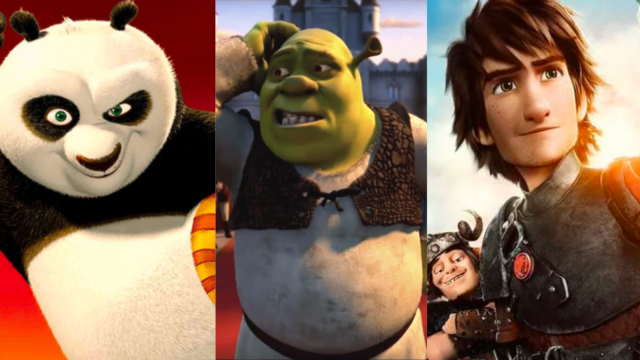 Sometimes we fail to realize just how lucky we are to live in the age of cinema that exists right now, especially when it comes to animated offerings. Many of these animated stories started a while back now and we have grown up with them as they added more movies to their story. Despite the fact that many of us have grown up now, we can’t let go of these absolute bangers.

But the question now lies before us, which would we pick if we had to only choose one?

One user on Twitter has put forward some of the finest animated movie franchises that have come out of Dreamworks. A lot of the animation studio’s stories center around underdogs, characters we don’t expect to be the hero, but they teach us that there is worth in diversity and not judging a book by its cover.

The first-ever Academy Award for Best Animated Feature Film went to Shrek, essentially a huge tongue-in-cheek joke aimed at Disney’s “fairy-tale” stories of old. Since then they have created numerous well-known animated franchises including How to Train Your Dragon, Kung Fu Panda, and Madagascar. Now fans are wondering which out of these franchises they would pick if only one could remain, and the results are spicy.

Jack Black’s beloved Po the Panda takes the cake for many.

Some point out that Shrek is not actually a trilogy, it has four films. Therefore, it doesn’t count, making this just a little easier. (Though Kung Fu Panda has also announced it will be receiving a fourth installment.)

Although some are remembering, or, more accurately, deliberately forgetting one of those movies for simply not being as good as the rest.

For this fan, it’s the villains who really give Kung Fu Panda the edge.

Others have noted that out of the four franchises listed here, only one has had a truly significant impact on pop culture.

One fan took the time to go through each franchise and rank each movie, which allowed them to decide the overall winner.

Some had to pick How to Train Your Dragon simply for the beautiful shots and soaring music.

And we may as well state that there were some people out there fighting for Madagascar, just not very hard.

It would seem to be a struggle for the top spot between Shrek and Kung Fu Panda, but, luckily for us, we don’t actually have to choose at all and we can have all of them.