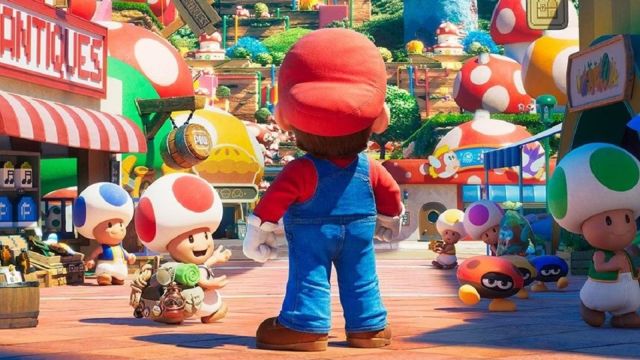 Just when you thought Hollywood couldn’t stoop any lower, they’ve come for the handsome cheeks of Mario in the upcoming Chris Pratt-led Super Mario Bros.

As the first trailer edges ever closer, fans have been given a look at Mario in the form of a poster: but there’s one very, very big issue around his character design: he has almost no backside to speak of. As pointed out by a discerning art critic on Twitter, considering how much running, jumping, squatting, and hardcore turtle-murdering Mario does, he seems to have no meat to speak of.

Is this really what fans want? After Chris Pratt was cast there was already serious doubts over the Nintendo adaptation, and with such an obvious design flaw now apparent, we can only hope they put it back into the oven. Famously, the first look at the Sonic the Hedgehog movie featured a character design so disliked they put the movie back into production to fix the design.

The same Twitter user who pointed out the design flaw immediately made a fix for it, but unfortunately it’ll never see the light of day in a movie theatre. Thick men just aren’t valued highly enough in modern Hollywood, and a revolution may be needed in order to fix this gross injustice.

Pratt won’t be the only A-list celebrity involved in Mario movie, with him joined in the cast by Anya Taylor-Joy, Charlie Day, Jack Black, and Seth Rogen, but curiously none of the original voice cast from the games. It won’t be the only upcoming animated film to feature Pratt in the title role, as he is attached to voice the lasagne-loving ginger cat Garfield.