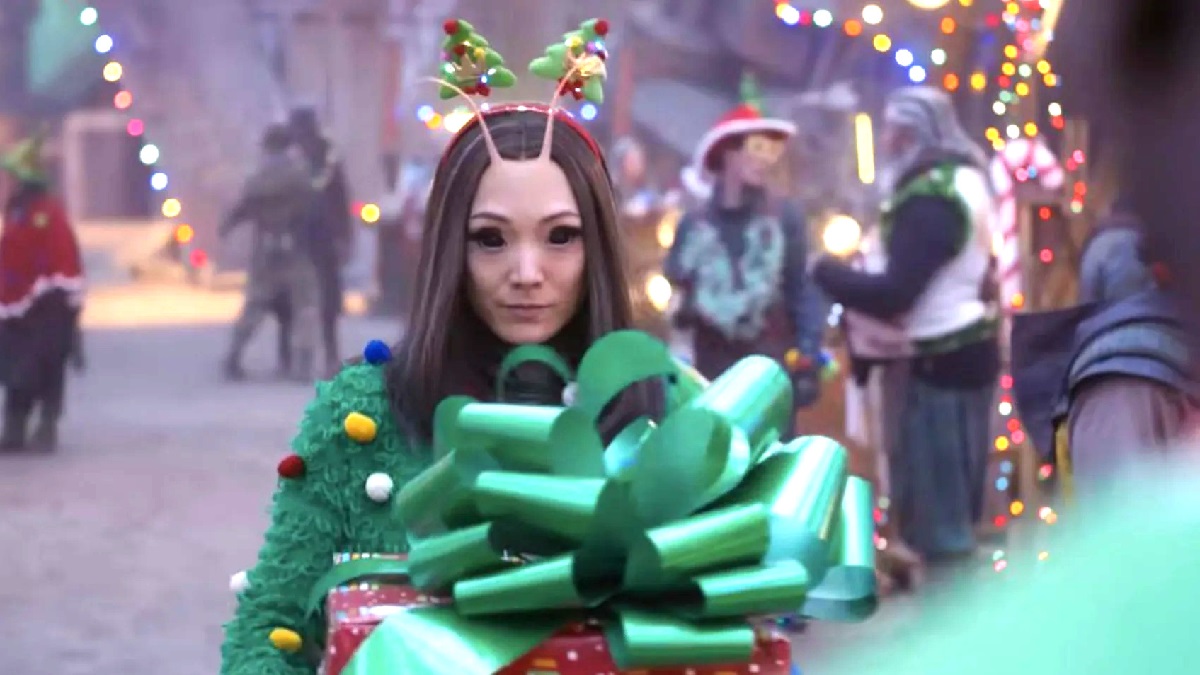 James Gunn is pouring cold water on a fan-requested romance in the forthcoming Marvel Cinematic Universe film Guardians of the Galaxy Vol. 3.

The odd couple in question is none other than Pom Klementieff’s Mantis and David Bautista’s Drax, the two main characters who we just saw go on a delightful misadventure on Earth in a quest to kidnap Kevin Bacon in the Disney Plus TV movie The Guardians of the Galaxy Holiday Special.

Upon a fan’s request that Drax and Mantis fall in love at some point, Klementieff responded simply, “Noooooooooo.”

Writer-director Gunn added to the conversation, saying, “They are absolutely not each other’s type.”

Ever since the introduction of Klementieff’s Mantis in 2017’s Guardians of the Galaxy Vol. 2, the empathic alien has had a unique comedic chemistry with Drax, although it’s arguably more of a brother-sister vibe that they share.

The pair’s quirkiness was played up for comedic effect in the Holiday Special and we’d frankly be down to see more of the two playing off of each other in Vol. 3. However, we must admit Gunn may be correct in his assessment that they probably wouldn’t be a good romantic match-up.

However, multiple fans predicted there could be a spark between Mantis and Karen Gillan’s Nebula.

In fact, a tell-tale sign that Mantis may actually be gay — which fans have pointed out — is when she tells Drax in Vol. 2, “I don’t even like the type of thing you are.”

Guess we’ll find out more about the love lives of our favorite spacebased team when Guardians of the Galaxy Vol. 3 hits theaters on May 5, 2023.