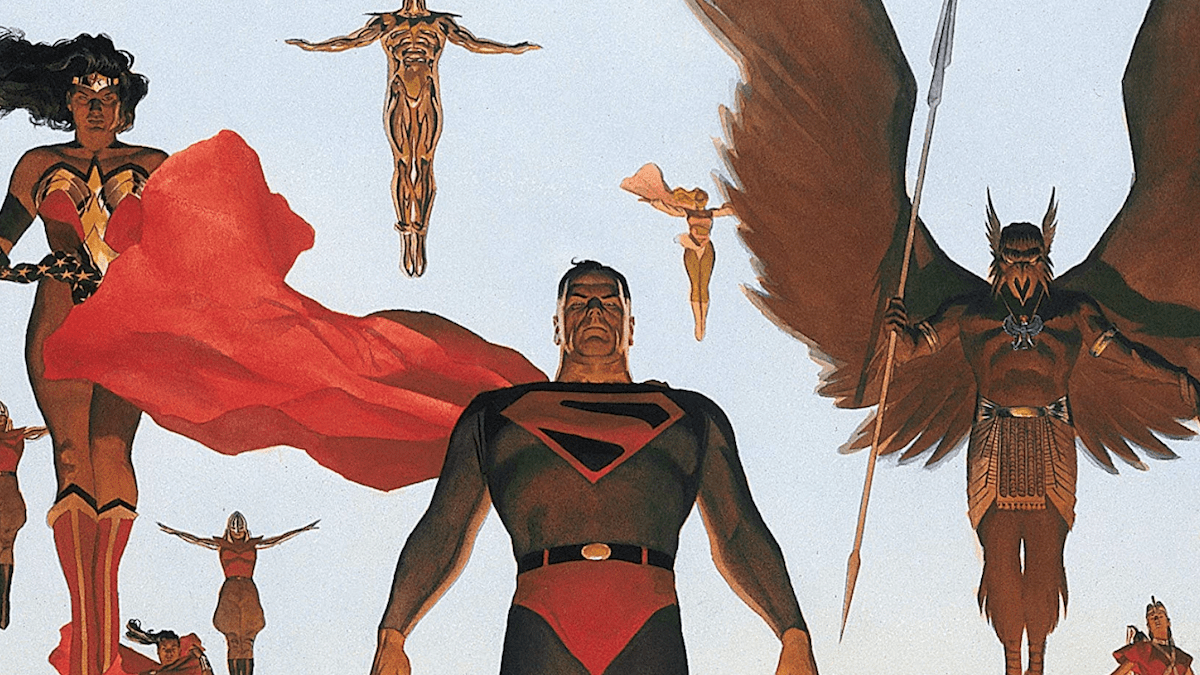 James Gunn is once again teasing the legendary comic book Kingdom Come may be in the DC Universe’s future when it comes to movies.

As the co-CEO of Warner Bros. Discovery’s newly minted DC Studios, The Suicide Squad director Gunn and fellow producer-turned-executive Peter Safran have been tasked with hammering out the movie franchise’s interconnected future. One thing Gunn has already hinted at on social media about what could be in store for the shared universe is Kingdom Come, since he recently changed his banner on Mastadon to an image by that comic’s illustrator, Alex Ross.

Over on Twitter, Gunn has now shared that same image of Superman and other DC heroes overlooking a massive table whose reflection shows Shazam and others, owing to Kingdom Come‘s plot revolving around an epic rivalry between the two and their respective allies. What’s even more interesting than the image itself is Gunn’s caption, “Making plans.”

The original 1996 Kingdom Come series, co-written by Ross and Mark Waid, was published via DC’s Elseworlds banner, which is usually indicative of a story taking place in an alternate or stand-alone universe. Therefore, it’s unclear whether any cinematic adaptation would actually take place in the DCU proper — such as Zack Snyder’s Justice League and Aquaman — or if it would be considered a self-contained universe, à la 2019’s Joker and 2022’s The Batman.

Honestly, maybe DC Studios should consider making a cinematic equivalent of the Elseworlds branding, just to make things less confusing. Plus, it would be cool to see cult-classic comics like Gotham by Gaslight come to fruition on the big screen at some point. Heck, maybe Warner Bros. should even reconsider Joker director Todd Phillips’ failed pitch of creating a cinematic DC Black Label that is separate from the DCU, as We Got This Covered previously reported.

Either way, we’re excited about DC’s cinematic future under the steady guidance of Gunn.