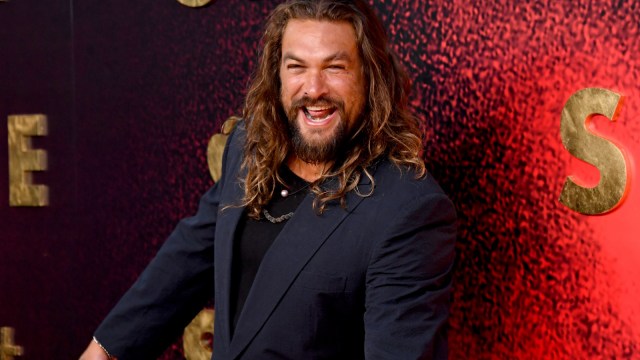 As you may have noticed, the internet loves few things more than devolving every single aspect of superhero cinema into a Marvel vs. DC debate. The two comic book behemoths have been rivals on the printed page for decades, so it was inevitable that the respective supporters would continue the hostilities when they launched their own shared universes on the big and small screens.

Of course, there are plenty of actors who have worked for both, and they’ve had nothing but wonderful experiences on either side of the divide, but even the DC diehards are refusing to get drawn into the back-and-forth. Jason Momoa has yet to sidle up to Kevin Feige and flutter his eyelashes, but he doesn’t really need to when he’s the star of the highest-grossing DC adaptation ever made.

Speaking to The Wrap at the red carpet premiere of Apple sci-fi series see, the Aquaman star shared his thoughts on the matter, and confirmed that he’s an all-round wholesome dude who loves everything and everyone an equal amount.

“I don’t think Marvel has an Aquaman and we don’t have a Guardians of the Galaxy, we don’t have a Thor. I think we should just enjoy the movies that we all worked so hard to make. I look at Robert Downey and Hemsworth’s amazing, they’re just my brothers out there making great content. So I don’t really compare, myself. There’s only one me, bro.”

“There’s only one me, bro” is the quintessential Jason Momoa soundbite if ever there was one, and he’ll be looking forward to a bumper 2023 that sees him board the Fast & Furious franchise as the villain of the landmark 10th installment, before he crosses his fingers in the hopes that Aquaman and the Lost Kingdom can hit the same sort of heights as its predecessor.