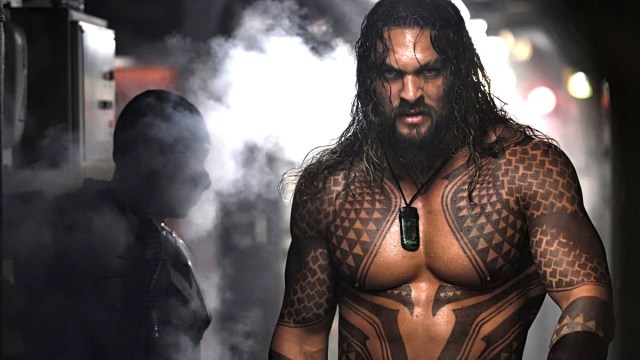 It’s been yet another fun day at the office for Warner Bros. and DC Films, with another set of unfortunate news stories pissing off the fandom all over again, in what’s admittedly become something they’ve gotten used to.

Batgirl may be dead, but the studio is holding “funeral screenings” for the abandoned blockbuster so that the cast and crew can say goodbye before it becomes a tax write-off, while sequels Shazam! Fury of the Gods and Aquaman and the Lost Kingdom have been delayed yet again, leaving Black Adam as the sole DCEU feature left standing in 2022.

It’s been bombshell after bombshell of the bad kind for what feels like forever, but having drummed up the teensiest bit of support by claiming there’s a 10-year plan in place, WB has only gone and put itself right in the bad books. However, franchise stalwart Jason Momoa revealed to The Hollywood Reporter that he’s got faith in the boardroom.

“That’s an interesting question. I just trust in them to make the right decisions, and I gotta stay in my lane.”

That’s hardly a committal answer from the Aquaman alum, but all you need to do is take a quick glance at the internet or any social media platform to find out that fans do not share any sort of confidence in the long-term plan.

We’ve come to expect nothing but unbridled chaos from the DCEU at this stage, so at least the constantly troubled superhero saga continues to deliver on that front. Perhaps one day the ship will be righted, but it ain’t going to be anytime soon.