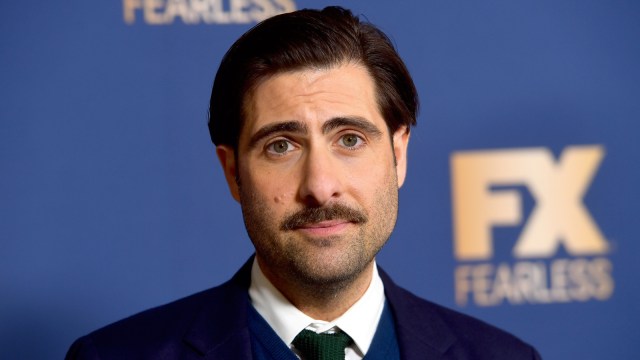 Yet another star has boarded the much-anticipated Hunger Games prequel movie. Based on author Suzanne Collins’ 2020 novel of the same name, The Ballad of Songbirds and Snakes is set to relaunch the YA dystopian franchise, formerly headed by Jennifer Lawrence, in a big way. And while there might be a Katniss Everdeen-sized hole in the film, Lionsgate is hoping to fill it with an abundance of familiar names and upcoming faces.

The latest to volunteer themselves as tribute is Jason Schwartzman (Scott Pilgrim vs. the World). As per The Hollywood Reporter, the Fargo alum has been cast as Lucretius “Lucky” Flickerman. That last name should be familiar to Hunger Games fans as Lucky is the ancestor of Panem’s favorite talk show host, Caesar Flickerman, memorably played by Stanley Tucci in the original four films.

Honestly, they couldn’t have cast this part more perfectly as not only can Schwartzman live up to the OTT performance Tucci gave as Caesar, the pair even look alike, so it’s easy to buy that they’re related. Much like his descendant, Lucky serves as the host of the 10th Hunger Games, which took place 64 years before Katniss’ first event.

Ballad of Songbirds and Snakes reveals the origins of Coriolanus Snow, the evil president once embodied by Donald Sutherland. Tom Blyth will make the role his own in this prequel, opposite Rachel Zegler as female lead Lucy Gray Baird. Zegler’s fellow West Side Story vet Jose Andres Rivera is also in the cast, as is Euphoria‘s Hunter Schafer, Ashley Liao (Fuller House), and Laurel Marsden (Ms. Marvel).

Schwartzman was likewise recently hired for Sony’s Spider-Man: Across the Spider-Verse animated movie to play The Spot, the movie’s dimension-hopping villain. From original director Francis Lawrence, The Hunger Games: The Ballad of Songbirds and Snakes is all set to head into theaters on Nov. 17, 2023.