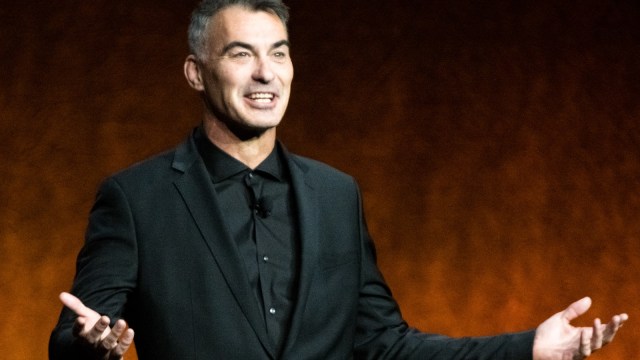 Despite only stepping away from full-time stunt coordination and choreography to pursue a career behind the camera less than a decade ago, Chad Stahelski is already held in the highest of esteem by fans of action cinema, which obviously comes with the territory when you’re the brains behind the John Wick franchise.

As well as helming the first three outings for Keanu Reeves’ instantly-iconic assassin, with Chapter 4 coming to theaters next year, Stahelski also took over from Cathy Yan to helm the reshoots (which significantly beefed up the set pieces in the process) on Birds of Prey, while he additionally oversaw the second unit on Captain America: The Winter Soldier, and produced Netflix’s current number one film Day Shift, which takes the action comedy tropes and drops them into a blender of vampiric chaos.

The filmmaker is also developing a Highlander reboot with Henry Cavill, and is determined to craft a Japanese-language adaptation of beloved video game Ghost of Tsushima, so he isn’t just “the John Wick guy”. However, he did describe his creative process in very unusual terms during an interview with Discussing Film.

“It’s like I see f*cking weird sh*t in my head and I fight like a motherf*cker to get it on screen – I argue, I yell, I pout, I do whatever it takes to get my vision across. Rather than worry about metadata, what people are watching, and what marketing hands me about how much Keanu Reeves gets in foreign sales, I just write a bunch of weird sh*t on paper and get a lot of people to prove that I can execute it. When you see a John Wick film, it is at least 99.5 percent me, there’s no marketing team saying ‘Well, you have to do this and that.’ I just do my thing and if people like it, there’s a true north for me.”

It’s an approach that’s worked wonders for Stahelski so far, and that desire to retain autonomy is why he doesn’t seem to be all that interested in something like Marvel and Star Wars, so let’s hope he keeps blazing his own trail for the foreseeable future.