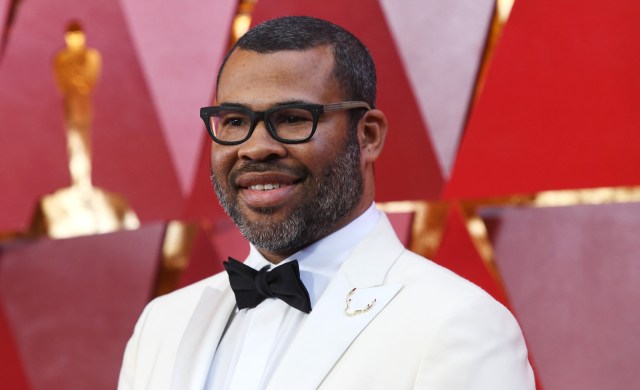 If you spent several months desperately trying to piece together every hint and clue in regards to the plot of Jordan Peele’s horror feature Nope, then don’t worry — you definitely weren’t alone. As it turns out, not only did the decorated Get Out director refuse to allow spoilers to leak to the horror-loving masses, but Peele even kept the entire cast of the movie out of the loop.

While chatting with The Playlist, star Keke Palmer perfectly detailed the process Peele undertakes in an effort to prevent each individual cast member from figuring out spoilers for his projects. “I love that you never even ruined the movie for your actors, though. That’s really like classy, and I don’t know how you do it,” Palmer said truthfully to Peele.

In response, the 43-year-old director appeared quite shocked at Palmer’s remarks, which further engaged her to express her appreciation for the overall process. It’s undoubtedly the work of a pure genius, and as Palmer herself puts it, it’s a “crazy” bold strategy. Palmer stated:

You don’t ruin the movies for us. Like you tell us just what we need to know in terms of your directing. Like you direct the entirety of it, but you only let us know what we need to know to get the performance we need to get. So, when I watch the movie, I get to watch it like an audience member because I don’t really know what everything meant because you didn’t tell me. You just told me what I needed to know. It’s really crazy. Like, so when I’m hearing you say that, I’m like, I appreciate that you didn’t ruin the movie for me.

Truthfully, Peele’s tight-lipped approach is certainly a commendable act that effectively keeps the actors involved on the edge of their seats — and as Palmer explained, allows the stars to perfectly relate to the general audience. Perhaps other filmmakers will borrow Peele’s process in the future, but for now, the horror auteur is keeping his lips sealed.