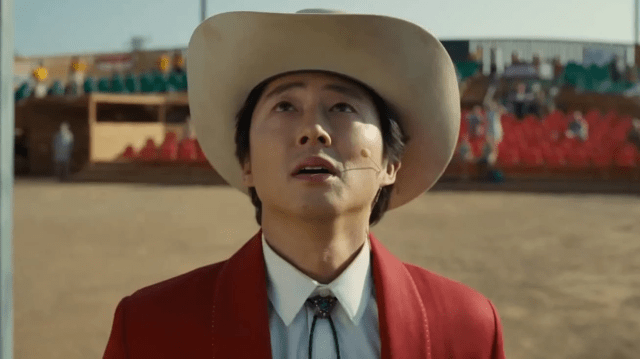 The trajectory of Jordan Peele‘s career is infinitely fascinating; we live in an age where one of the horror genre’s most respected maverick was originally best known for his involvement in internet sketch comedy; indeed, where his original claim to fame was one half of the Key & Peele duo, he’s now known for his triple threat of modern horror greats Get Out, Us, and Nope.

But for those that are extra familiar with Peele’s latest works, they’ll know that they go far beyond the scares; with Us and Nope especially, Jordan Peele makes a strong case to be crowned as the master of motifs, the superstar of symbolism, and the emperor of the esoteric, packing his films with enough thematic weight to satisfy even the most astute audiences.

And one such member of that audience has reaped the dizzying, biblical rewards of the keen eye they utilized in their viewings of Nope, generously sharing them with the denizens of r/FanTheories.

The above link will take you directly to the entire fan theory, which breaks down the film’s biblical themes with shrewd depth. Their conclusions entail Jean Jacket being an angel sent by God to signify the end times, which they arrived at by comparing their reading of Revelations 6:13 in the King James Bible with the film’s many nuances.

This sparked an engaging discussion in the comments, with one responder adding onto the original poster’s point regarding the Four Horsemen of the Apocalypse; a theme that can readily be captured through the film’s many horses/horse imagery.

Another user was more reluctant to accept the direct legitimacy of Christian motifs, but in turn suggested that such takes actually fed into another, equally curious take.

And this post was all one other user needed to get them back on the Peele train.

Indeed, Peele’s films, love them or hate them, seem always to pull their weight in the realm of starting discussions, and it will be interesting to see if the writer-director can manage to crank his thematic engine any higher the next time around.