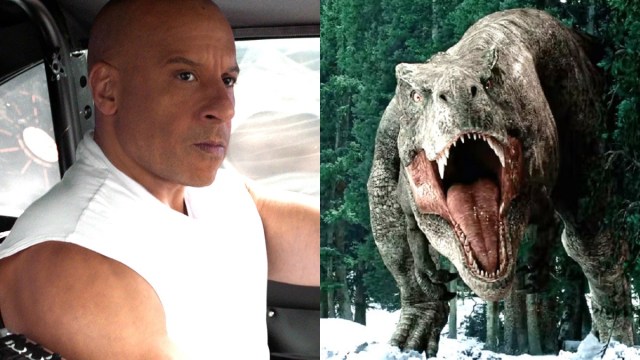 Colin Trevorrow returned to the director’s chair to deliver the worst-reviewed installment in the six-film franchise with Jurassic World Dominion, but $975 million at the box office underlined that audiences are more than willing to head down to their local multiplex for some blockbuster dinosaur action.

The third installment in the sequel trilogy was touted as the end of an era, but based on nothing but the money the series continues to bring in, there’s little chance Universal will let one of its biggest cash cows run dry. Speaking of which, the studio’s other top-earning property is drawing to a close with the 11th entry in The Fast Saga, so could the two ever cross paths?

It’s a question that the various cast and crew members involved in both brands have addressed before, with Trevorrow once again sharing his thoughts on the matter during an interview with ComicBook, when asked if he wanted to see Vin Diesel’s Dominic Toretto eaten by a dino.

“I mean of course not. Because I am obviously like the most earnest maker of Jurassic Park movies that we have. I think that if if one came in looking to look at them…watch them ironically as opposed to earnestly that might be exactly where you go….This idea is so new. That wasn’t allowed when I was a kid, you didn’t get to just like you did when you were playing with the toys, you smash them together. Now it’s like, well whatever your parent company happens to own, you can (use).”

Dominion newcomer DeWanda Wise was asked the very same question, and she was a lot less contemplative in her response.

“You know what’s really funny about interviews? Someone will ask you something, and then all that it’s taken like what you actually say. I feel like that happened, because someone was like ‘Oh, what should we cross over?’ And I was like, ‘Well it’s Universal. So it makes sense that it would be Fast & Furious. It was in response to a question that I was asked. But also, I maintain my answer because they just went to space. Why not? Anything can happen in the Fast universe. Why not dinosaurs?”

Having combined to earn roughly $12 billion at the box office, uniting Jurassic World with Fast & Furious would put butts in seats while also being so preposterous there’s a distinct chance it would kick all sorts of ass, but it seems like wishful thinking at this stage, as much as we’d love to see it happen.