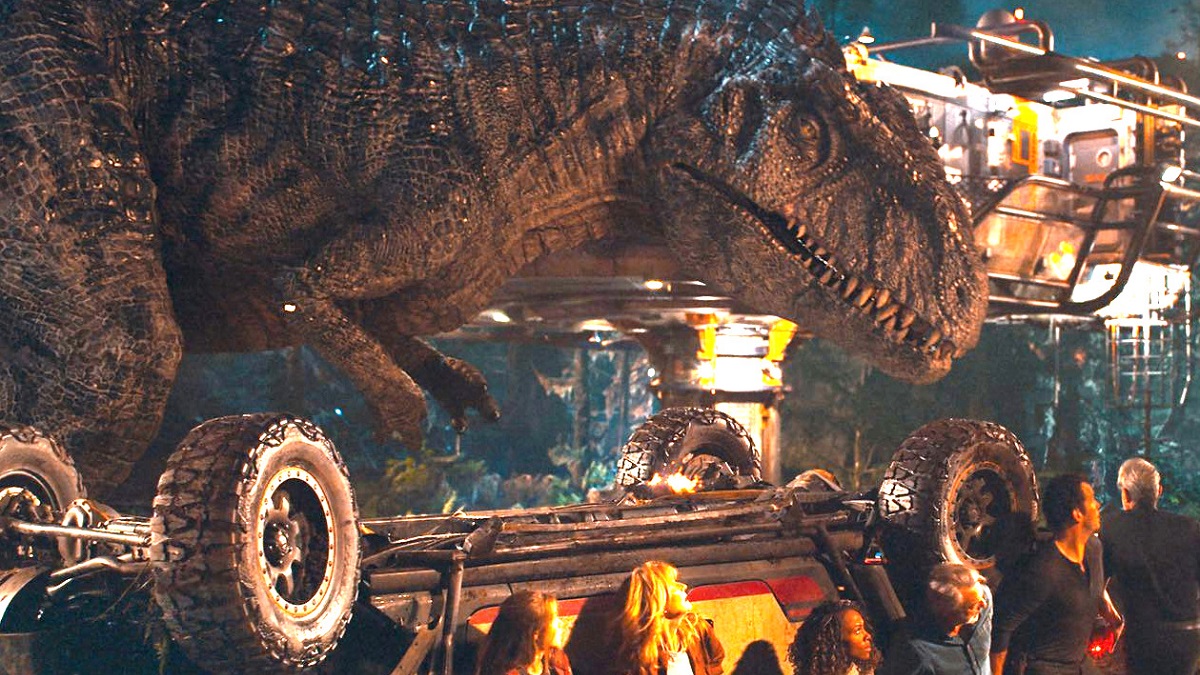 Back in April, Jurassic World Dominion director Colin Trevorrow raised some eyebrows when he thought it apt to reference the Joker (specifically, Heath Ledger’s version from The Dark Knight) when describing Giganotosaurus, his film’s 11-ton Cretaceous-era carnivore.

This left some fans excited and others confused – all wondering how a pea-brained, meat-obsessed dinosaur can embody a psychopathic mastermind. Now that the film has been released, those who have seen it may have been left wondering what on earth he was talking about, when the comparison doesn’t hold any water.

Helpfully, Trevorrow has now clarified his comments comparing Dominion‘s dinosaur antagonist to DC’s most famous supervillain in an interview with Discussing Film, with the filmmaker explaining himself and putting an end to the narrative that “Giga” is literally the Joker.

“We always knew it had to be a real dinosaur and I wanted to make sure that we only used dinosaurs that are in the record. Once we designed it, that was the point where the Joker thing came up. It was really just in the discussion I was having with the artist who actually paints the colors on the hide.

We already had a skeleton, we had already built the muscle structure, we made a clay model, we did all the things that we do and then it’s a question of like, ‘Well, how do you want this thing to feel?’ And then the Joker was my reference. I think [the initial comment] turned into a narrative as if it’s like literally the Joker, that was not my intention! Melting face makeup was the note I gave.”

There you have it: the comparison begins and ends with “melting face makeup.”

See if your face melts when Giganotosaurus appears on the big screen in Jurassic World Dominion, which is set to take a huge bite out of the box office this weekend, despite reviews that could be called less than stellar.