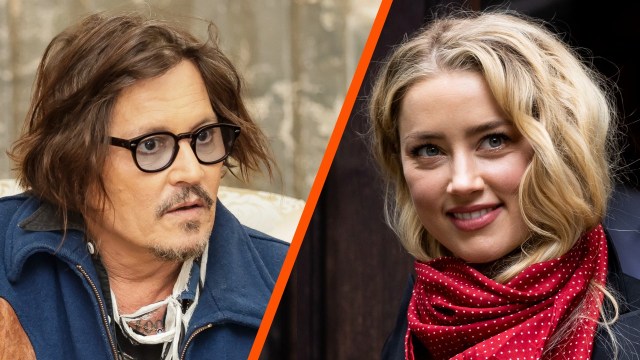 A jury has largely sided with Johnny Depp in his defamation lawsuit against his ex-wife, Amber Heard.

The jury ruled that Heard would have to pay Depp $15 million for defamation, according to coverage from the Law & Crime Network. The jury mostly ruled against Heard’s counter-lawsuit against Depp, but they did rule in favor of one of her claims and determined Depp must pay Heard $2 million.

Depp appears to be the overall winner in the trial, since all of his claims against Heard were awarded by jurors in his favor. However, only one of the several claims of Heard’s counter-suit was awarded to her.

In terms of the single point that was ruled in Heard’s favor, that surrounded defamatory statements Depp’s lawyer, Adam Waldman, made about Heard.

While the jury had reached the verdict in the trial of dueling defamation lawsuits in Fairfax, Virginia, around 12:30pm CT initially, the actual results of that verdict were not publicly read aloud until 2:20pm CT.

In a dramatic moment, the verdict results were supposed to be read aloud at 2pm CT, but the verdict form was handed back to the jury by the judge for being incomplete in the compensatory section of the form.

Jurors reached their decision Wednesday after 13 hours of deliberations this week following a trial that stretched on for six weeks, concluded last week, and became a public spectacle due to television cameras broadcasting each and every moment.

As perhaps a testament to the fact that the trial has served as a de facto public image rehabilitation attempt by Depp, he did not even wait for deliberations to conclude before going overseas to the U.K. to appear as a surprise guest musician alongside rocker Jeff Beck in a series of concerts. As such, Depp did not appear in person at the trial when the verdict was read aloud, but a spokesperson for the actor said he was watching from the U.K.

Even before the verdict was officially reached, Depp arguably already won the court of public opinion, as evidenced by an overwhelming outpouring of support for him by fans on social media and outside the courtroom itself. As to whether that is a signal of the general public making a dispassionately objective assessment of the situation — or if it’s an example of celebrity fandom simply siding with the more famous of the two public figures and resorting to tribalism and/or sexism — is up for debate.

No matter what your take on the trial is, there’s no question the testimony and evidence submitted during litigation painted an overall portrait of a relationship that went on the rocks. We heard a series of wild stories including those involving soiled bedsheets and severed fingertips, though much of each side’s narrative relied on one person’s word against the other.

Depp had sued Heard for $50 million for defamation for domestic abuse claims she made against him that he says are false and hurt his career. Heard counter-sued, also for defamation, for $100 million.