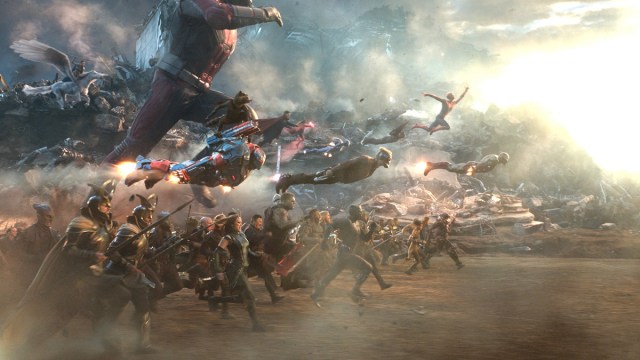 Having banded together to defeat Thanos and restore the universe to the way it was before the Snap, the Avengers earned the right to take a breather following the events of Endgame. Of course, the core group was irrevocably ripped apart after the deaths of Black Widow and Iron Man, while Captain America opted to live the life he’d been denied in the past, before Thor headed off-world and Hawkeye opted to try and live a life of quiet anonymity.

That makes it sound as though a huge rebuilding process is required to restore Earth’s Mightiest Heroes to their former glories, but according to respective statements made by Kevin Feige and Anthony Mackie at the D23 Expo, the team appear to have been quietly disbanded altogether.

When taking the stage to announce the titular talent set to headline Thunderbolts, the company’s chief creative officer revealed that “there isn’t an organization like the Avengers anymore”, opening the door for Julia Louis-Dreyfus’ Contessa Valentina Allegra de Fontaine to assemble a super-team of her own.

Taking things one step further as he’s wont to do, Mackie admitted to Variety that “all of the Avengers are unemployed, we have a new and improved group… they’re over there with their Metamucil… we’re the new guys, we’re the top dogs now”. Obviously, given what we know about Phases Five and Six, this is only going to be a temporary arrangement.

In fact, it gives us a decent idea of where things could be heading in the long run. The all-star squad may have been placed into hibernation, but with Jonathan Majors’ Kang the Conqueror set to make his presence felt beginning with Ant-Man and the Wasp: Quantumania, the multiversal terror will no doubt spur the next leader of the Avengers into action to regather the team ahead of The Kang Dynasty and Secret Wars double-header.