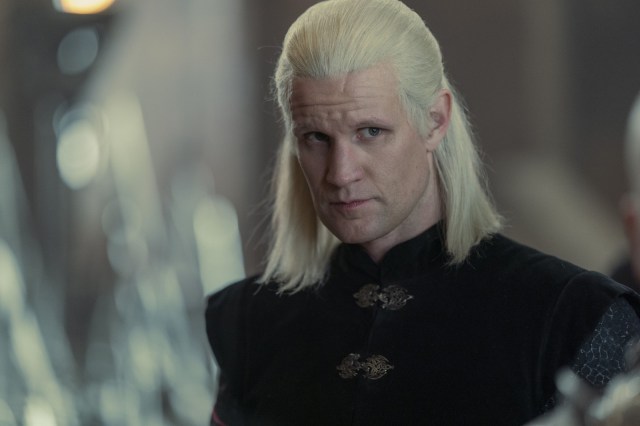 The first House of the Dragon season is coming to an end tonight, but showrunner Ryan Condal is already teasing the Westerosi fandom with what’s to come in season two. As we prepare to dive into the finale, a Game of Thrones alum has come under fire for a very controversial take on the MCU, even if she’s now technically a part of it. Here’s your daily roundup of Seven Kingdoms tidings.

Who are the Cargyll twins in ‘House?’

Among the latest additions to the House ensemble — which seems to grow by the episode — are the Cargyll twins. Ser Erryk and Ser Arryk are members of the Kingsguard, but with allegiances that will pit them against each other in the Dance of Dragons. At least that’s what the show has implied so far, with one inclining towards Rhaenyra, the rightful heir, and the other remaining faithful to Otto Hightower, Hand of the King. There’s no saying if the Cargylls will play a huge part in the wars to come, but House of the Dragon is certainly setting them up as important characters, so we’ll have to keep a closer eye on their actions, especially since it will be all too easy to mistake one for the other.

Maisie Williams getting absolutely thrashed for hating on ‘No Way Home’

Today on questionable comments that land people into a mire of hot mess, Maisie Williams has come under fire for unnecessarily taking a jab at Spider-Man: No Way Home, a movie that most people loved and the rest revered as the best thing to ever happen in the MCU, a statement that in and of itself says a lot about how beloved the flick actually is. Now, we can only wonder what got into Williams to go after an MCU flick — when she has starred in a rather messy and critically panned Marvel movie herself — but the internet was certainly willing to show the rough side of its tongue to the Game of Thrones alum, regardless of how much they love Arya.

Expect more war and humor in the second ‘House’ season!

You can always rely on Game of Thrones to deliver an absolute spectacle of a battle sequence when it must, but I think we can all agree that that has never been the show’s source of strength over the past decade — a simple truth that showrunners David Benioff and D.B. Weiss would’ve done well to remember before approaching those final two seasons. House of the Dragon certainly unerstands the assignment, but that doesn’t mean the show isn’t going to go all out in terms of action as well.

“We will get to the spectacle,” creator Ryan Condal tells The Times. “But you have to understand these people’s complexities before they’re thrown into war. Series two will hit the rhythms people came to expect from the middle run of Game of Thrones, but it will have been earned, and viewers will feel the tragedies because we put the work in.”

As fans, that’s all we can ever really wish for.