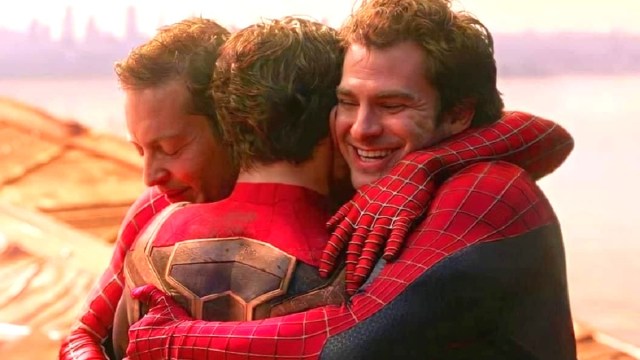 As the sixth highest-grossing film in the history of cinema, one that holds respective critical and audience scores of 93 and 98 percent on Rotten Tomatoes, it would be safe to say that Spider-Man: No Way Home is clearly a damn popular blockbuster.

However, the tides have recently started shifting against the Marvel Cinematic Universe’s multiversal epic, and we can now add Game of Thrones and The New Mutants star Maisie Williams to the list of people who found themselves less than impressed with Jon Watts’ ambitiously epic tale spanning three generations of web-slinging storytelling, as she revealed during a recent appearance on the Frank Film Club podcast.

“My biggest film disappointment was the new Spider-Man. Not Far From Home. They all have really similar titles. But it just wasn’t my fave. They had Benedict Cumberbatch come in and play Doctor Strange. And then they had the three Spider-Men all together. It was that one.”

Hell hath no fury like an MCU fan scorned, then, and it didn’t take long for the No Way Home defenders to emerge from the woodwork to play their most obvious cards; the fact Williams both played a major role in the derided eighth and final season of Game of Thrones, and tortured X-Men spinoff The New Mutants.

Despite what the internet may want you to believe, everyone is entitled to have their own opinion. Just because Williams appeared in one of the most-hated seasons of television in recent history and a comic book adaptation that was butchered beyond recognition and sent out to die at the box office mid-pandemic, that doesn’t mean her thoughts on Spider-Man: No Way Home are instantly invalid, even if they do go firmly against the grain.