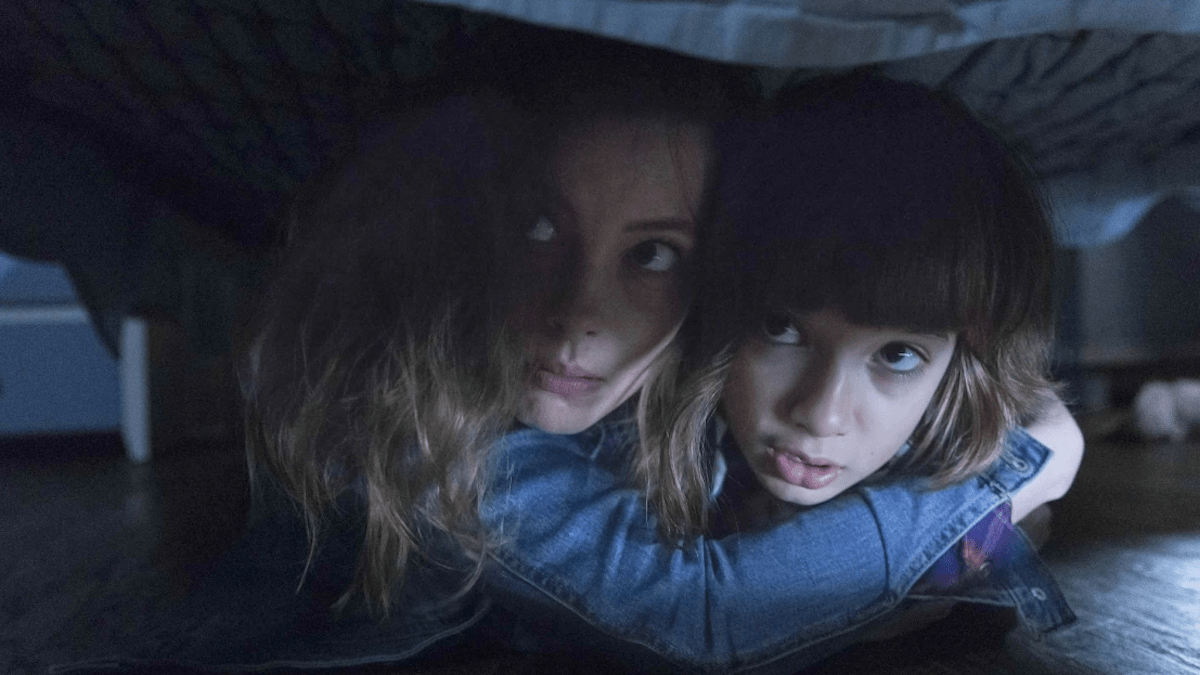 After an eventful Halloween, we’re now looking forward to Christmas-themed horrors to keep the spirit of spooky season alive even during a traditionally joyous holiday. Thankfully, horror can be enjoyed all-year-round, meaning that there’s never a bad time to sit back, relax, and indulge in a frightful festive flick. Who ever said that Christmas needed to be all swirly-twirly gumdrops and golden-syrup spaghetti? Unless we’re breaking a rule, we’ll continue to scare the pants off of each other — and ourselves — no matter what time of year it is. That being said, what better way to keep Halloween in our hearts during the Christmas season than to read We Got This Covered’s daily horror news round-up? This one’s a real Scream, but even if the scaredy-cat gene is Hereditary, you’ll want to find A Quiet Place to settle down and a beverage of choice to sip. Ready or Not – here it comes!

There’s so much ground to cover, but when we don’t have Christmas magic on our side to tackle every house (topic) in one sitting like a certain jolly fellow, we’re forced to cram as much as possible into one round-up. Today, we’re taking a look at some food-for-thought in Bram Stoker’s Dracula, a Finnish Violent Night predecessor, and a technological horror inspired by an equally terrifying short film that’s making the rounds two years after its release.

As we know, Francis Ford Coppola’s Bram Stoker’s Dracula was based on the 1897 novel Dracula by Bram Stoker, both of which revolve around Jonathan Harker (Keanu Reeves) – a solicitor who takes a business trip to stay at Count Dracula’s Transylvanian castle after taking him on as a client. Essentially, Jonathan travels to Transylvania to arrange Dracula’s real estate acquisitions in London, but after meeting Dracula and his many brides, one of whom resembles Harker’s fiancée, Mina, the Count imprisons Harker and goes to London to track her down.

Since Dracula was published in 1897 and set around that timeframe, Reddit pointed out some monumental discoveries of that era, including the founding of Coca-Cola in 1892 and Nintendo in 1889. That means, theoretically, Count Dracula — aside from sucking blood — could have been drinking Coke and playing Nintendo games during his interactions with Jonathan and his imprisonment in the castle. Suddenly, his impromptu isolation doesn’t seem so boring. We’re not sure what to do with this information, but it’s good to know.

Hot on the heels of Violent Night‘s success, a like-minded Finnish Christmas-horror classic is making a comeback

After David Harbour’s butt-kicking Santa Claus made waves in Violent Night, it’s no surprise that other like-minded movies have come out of the woodwork. As audiences develop a taste for an unconventional Saint Nick, they’re turning to other Christmas horrors to satisfy the hunger. Although Violent Night made a valiant effort to making a hard-bitten, short-fused Santa, there’s no competing with the Finnish.

Rare Exports: A Christmas Tale, directed by Jalmari Helander, released in 2010 to a 90% Rotten Romaoes score but other poor reviews and a measly $4.015 million at the box office. Although it appears — on the surface — to be nothing more than a 90-minute-long gag, there are actually a lot of redeeming qualities about Rare Exports: A Christmas Tale, and after Violent Night, the incredibly niche sub-genre of Santa-based horror has found a new audience.

If the image above doesn’t already give you nightmares, the five-minute-long short film that it derives from certainly will. Larry follows a parking lot security guard who finds a tablet in the lost and found box, and decides to eradicate his boredom with some quality techno-time. What he doesn’t know (and in this case, will hurt him) is that there’s a demonic being called Larry living inside the tablet. Larry appeared on YouTube in 2017 and was eventually made into a feature-length movie titled Come Play in 2020.

Jacob Chase directed both, but the longer version stars Gillian Jacobs and Azhy Robertson alongside a much larger cast, whereas Larry only features one character. After being rediscovered, Come Play is now petrifying frequent technology users everywhere and forcing them to consider a long digital detox. Chock-full of jump scares and agonizing tension, it’s plain to see why Come Play is one of the most-watched new additions to FlixPatrol this week.

That’s all for now, horror lovers. Check back tomorrow for another dip into the refreshing pool of tantalizing horror news.