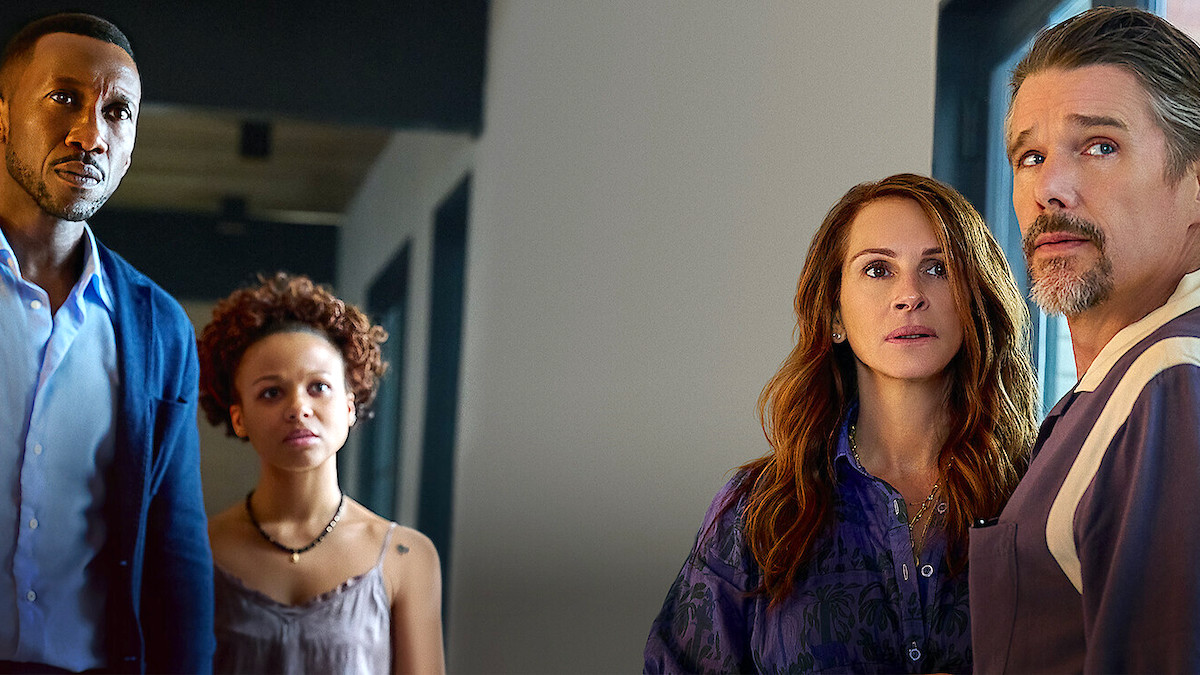 Novel adaptations have been a staple in Hollywood since the dawn of cinema. Netflix’s success with it can be found in films and TV shows like The Gray Man, Bird Box, Briderton, The Queen’s Gambit, The Witcher, and several more, all of which hail from the New York Times bestseller list. TNetflix will continue its trend in 2023 with several more adaptations, one of which being the psychological thriller Leave the World Behind.

Based on the novel of the same name by Rumaan Alam, Leave the World Behind won over the hearts of readers around the world when it was published by HarperCollins in 2020, subsequently becoming a finalist for the National Book Award and A Best Book of the Year by Time, Esquire, NPR, and The Washington Post, among others. It even became a favorite of the former president of the United States, Barack Obama, who included it in his list of favorite books of 2021.

Netflix won the bidding war for Leave the World Behind three months before it even hit the shelves in Oct 2020. The movie will be brought to life by director Sam Esmail and his production company Esmail Corp, and will be produced by Chad Hamilton, Lisa Gillan, Marisa Yeres Gill, and Julia Roberts along with her production company Red Om Films.

Who is in the cast of Leave the World Behind?

Roberts and Hawke will play husband and wife Amanda and Clay, and Mackenzie and Evans will play their two children Rosie and Archie. Kevin Bacon will play Danny, a dear friend of Clay’s.

Ali will play George “G.H.” Washington, the owner of the house, who comes to warn Amanda and Clay of danger. In the book, he is accompanied by his wife Ruth, supposedly played by Herrold. However, reports indicate that Herrold will play the daughter of George, not his wife, meaning Netflix has likely veered from the source material.

In the novel, George and Ruth do indeed have a daughter named Maya, who is an established adult with a flourishing career. At 26 years old, actress Myha’la Herrold feels much more aligned with the character of Maya, age-wise, indicating Netflix has likely scrapped the role of Ruth entirely.

What is the release date and plot for Leave the World Behind?

Leave the World Behind will premiere on Dec. 8. A first look at the movie can be seen in Netflix’s promotion of its most anticipated films of 2023, shown above.

After Amanda (Julia Roberts) and Clay (Ethan Hawke) travel to a quiet corner of Long Island with their two kids in the hopes of enjoying a relaxing vacation, they are interrupted by two mysterious strangers, Ruth/Maya (Myha’la Herrold) and George (Mahershala Ali), who come bearing troubling news. After an inexplicable blackout cuts both families off from the rest of the world, tensions grow as themes of race, class, and parenthood are explored, all the while intertwined with a heart-pounding mystery and a painstakingly slow burn that ultimately leaves audiences’ hearts collectively dropped into the pit their stomachs.

In partnership with his wife and former First Lady Michelle Obama, the pair founded the entertainment production company Higher Ground in 2018, whose mission is to “tell powerful stories that entertain, inform, and inspire— while elevating new and diverse voices in the entertainment industry,” according to its website.

Higher Ground signed on to Leave the World Behind in April 2022, elevating the film even more than it already was. In 2020, it won its first Academy Award for Best Documentary Feature with American Factory.