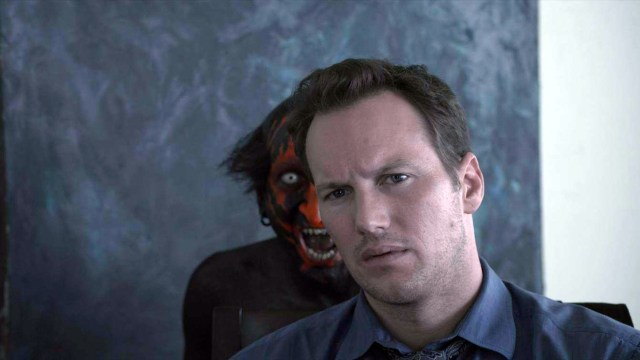 Few voices have been more influential in the horror genre over the past decade than Leigh Whannell. Although he only began directing in 2015, Whannell’s scripts have defined an entire era of horror, and he has moved within the genre from supernatural horrors and hauntings to much more visceral, real-world adjacent material. Whannell is one of horror’s great modern minds, and here’s a rundown of everything he’s had a hand in writing, directing, or both from worst to best.

After the success of Saw, it’s clear that both Whannell and James Wan felt the need to up the ante for their next project. Unfortunately, that project was Dead Silence, which is fairly tasteful, but is undone largely because its characters and dialogue don’t sing. Whannell doesn’t deserve all of the blame for the weaknesses in this movie, but the final result speaks for itself. He and Wan are generally great collaborators, but this time around, they missed the mark.

Whannell was more directly involved in the third installment of Saw than in the second since he wrote the screenplay and co-wrote the story with James Wan. This time, Jigsaw is testing a man whose son was killed in a drunk driving accident. The twist, though, is that this movie also follows the villain, who seems to be bedridden but wants desperately to be kept alive so he can orchestrate one final test. The movie works in fits and starts, in part because the direction from Darren Lynn Bousman feels a little anonymous, Saw III doesn’t take off like either of its predecessors.

Whannell’s directorial debut came with this Insidious prequel, which tells the story of a psychic who is reluctantly recruited to help a teenager contact her late mother. Whannell’s solo entry in this saga was divisive among critics. While it’s certainly refreshing to get a different perspective on the Insidious universe, the movie doesn’t thrill in the same way that the first two installments managed. Whannell shows a lot of promise in this initial effort, though, and that promise would ultimately pay off in his later directorial efforts.

Following up on the twist reveal at the end of Saw was a tall order, and it initially seemed like both Wan and Whannell would be unavailable to make it. Eventually, though, Whannell became free enough to provide some rewrites for the script. The sequel tells the story of a group of prisoners who become ensnared by Jigsaw and have to pass a series of challenges in order to retrieve a nerve agent that will otherwise kill them in two hours. It’s not as thrilling as the first installment, but thanks to an expanded budget, Saw II is still a pretty good time.

The financial success of Insidious made a sequel feel almost inevitable. When the movie arrived, it proved that Whannell had somewhere interesting to take the story. While the film is not the overwhelming success that the first installment managed, Chapter 2 deepens the universe’s lore by focusing more squarely on Patrick Wilson’s Josh and his history as an astral projector. The movie takes a number of surprising twists and turns. Although it doesn’t have the same subversive spark that made the first movie a triumph, it proves to be pretty exciting nonetheless.

The first of Whannell’s collaborations with James Wan, Saw is often remembered for the way it helped to redefine the horror genre. The movie tells the story of two men who find themselves trapped in a room and are essentially forced to solve puzzles to find their way out. It’s a gory, confrontational movie that comes with a twist in its final moments that will live on for years to come. Wan does plenty with his camera to make Saw compelling, but credit has to be given to Whannell as well for all that he did to make the movie feel more psychologically grounded than much of what horror was at the time.

Whannell’s second directorial effort saw him combine his horror skills with a touch of sci-fi to tremendous effect. Upgrade tells the story of an auto mechanic who is attacked in his car and loses his wife in the process. After he’s implanted with an AI program that allows him to walk again, he seeks revenge on the men who killed his wife. Along the way, he begins to discover that he’s not as in control of his body as he once believed. By the movie’s end, he’s fighting against a machine that wants to completely take over his body.

Elisabeth Moss got a lot of credit for her performance in The Invisible Man, but Whannell’s work as both the writer and director on the project was perhaps more important to the final product. This version of the story—which sees a woman who is hunted by her brilliant, sociopathic, and invisible husband—is chilling in part because there’s nothing supernatural here. This is a story about a manipulative guy and the woman who finds herself totally bound to him against her will. Watching her break free was one of the great thrills of movie-going in 2020.

James Wan is often seen as one of the auteurs of contemporary horror, but Insidious is a great example of the influence that a good script can have on the final product. The movie plays with incredibly familiar horror concepts, but it introduces just enough to make them feel newly alive. Insidious is basically a twist on The Exorcist, but one which puts the parents of the comatose child much more directly into the action of the story as it unfolds. The depictions of astral projection are thrilling, but Whannell knows well enough to keep this story grounded in the family at its center.