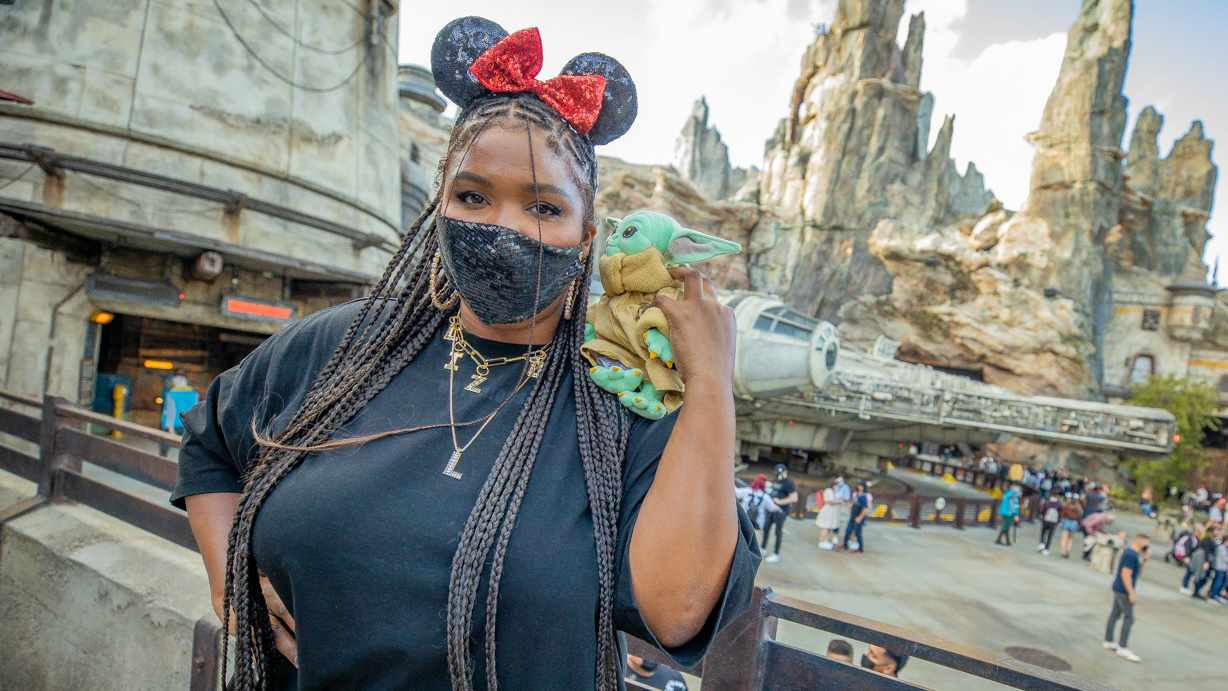 ANAHEIM, CALIFORNIA - MAY 21: In this handout photo provided by Disneyland Resort, Grammy Award-winning recording artist Lizzo, poses with Baby Yoda in front of the Millennium Falcon in Star Wars: Galaxy's Edge at Disneyland Park on May 21, 2021 in Anaheim, California. (Photo by Christian Thompson/Getty Images via Disneyland Resort)

The Little Mermaid, Disney’s hotly-anticipated, live-action undersea adventure, is finally heading for a May 26, 2023 release — but did casting miss the boat by leaving Lizzo stranded?

In June of 2019, Variety exclusively reported that Melissa McCarthy was in talks to play Ursula, the evil sea witch, with news following just weeks later that Halle Bailey would be playing Ariel. As we now know, McCarthy’s making the splashy role her own, though Lizzo initially hoped to take on the iconic tentacles.

The superstar recently sat down with Variety to share about her audition process, and more.

“Everyone knows I auditioned for Ursula in The Little Mermaid, and I didn’t get it. But you know, I’m fine as hell. That has nothing to do with Ursula, but I was down to make Ursula a THOT, shaking ass.”

It goes without saying that Lizzo is a major fan of the film and the character — she took to social media back in 2018 to belt Poor Unfortunate Souls, all decked out as the cunning sea witch herself.

Lizzo also detailed running into McCarthy during Adele’s One Night Only concert special, and of course, there are no hard feelings between the two. What does exist is mutual respect for the character, the talent they both possess, and a fascinating turn of events with their names.

“She was like, ‘Hi, I’m Melissa,’” Lizzo said. “And I was like, ‘Hi, I’m Melissa. And I also auditioned for Ursula.’ And she was like, ‘Well, why the hell did I get the part?,’ which is a classic Melissa McCarthy thing to say. And then I was like, ‘Girl, because my audition was terrible.’ And I say that as Tyler Perry walks by. And I was like — ruined my chances there. And then she goes, ‘This is my daughter Vivian.’ And I’m like, ‘Get out of here, because my name is Melissa Viviane.’ We were looking at each other like, ‘What the hell is going on?’”

Knowing Lizzo’s talent, there’s zero chance her audition was “terrible;” she even told Variety as much. Lizzo acknowledged that her singing was great, but didn’t want to talk too much about the audition, or not getting the part. As a fan of the character and the movie, we’re sure Lizzo is looking forward to The Little Mermaid as much as we are.

You can behold Lizzo in “Watch Out for the Big Grrrls” premiering soon on Amazon Prime Video, as she searches for all-star dancers for her upcoming world tour.