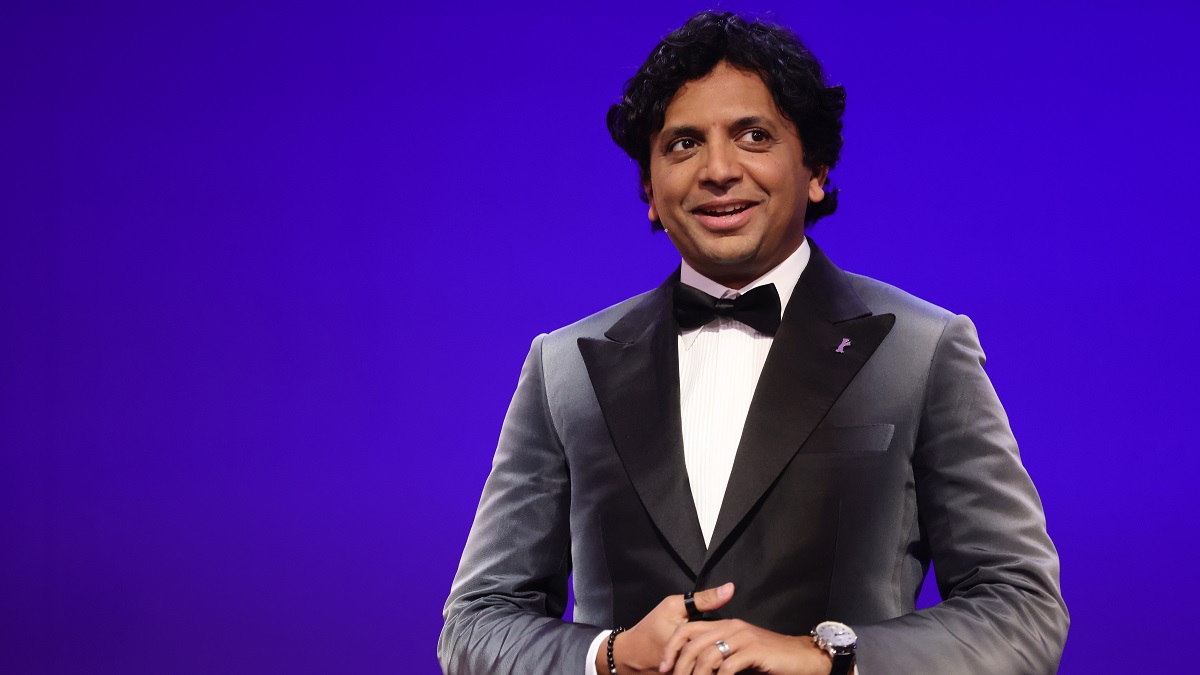 With The Visit, Split, Glass, and Old going a long way to arresting the decline of a career that was almost derailed entirely by the disastrous The Last Airbender and After Earth, people genuinely have reasons to get excited over the latest M. Night Shyamalan project, a far cry from how things stood a decade ago.

Next up for the filmmaker is thriller Knock at the Cabin, which remains shrouded in Shyamalan’s typical levels of secrecy, but has been described as both “contained and gigantic” at the same time. We know that Dave Bautista will lead the cast to show off his underrated dramatic chops, and the high concept thriller is dated for a February 3, 2023 release date.

The supporting ensemble includes Rupert Grint, Nikki Amuka-Bird, and Jonathan Groff, but that’s about all we’ve got to go on so far. However, it’s at least been confirmed that principal photography is underway, with Shyamalan taking to social media to celebrate the first day of shooting on his latest heavily-guarded genre piece.

The Gang's All Here In First-Look Photos For M. Night Shyamalan's Glass
1 of 6

Naturally, there isn’t much visual information to glean from the image, but we can at least make out the exterior of a cabin in the background, which we can only assume is going to be knocked on at some point. But by who? Knowing Shyamalan, there’s a 50/50 chance it won’t make a lick of sense, but we’re inclined to give him the benefit of the doubt following a recent resurgence that’s yielded a solid combination of commercial success and critical acclaim.