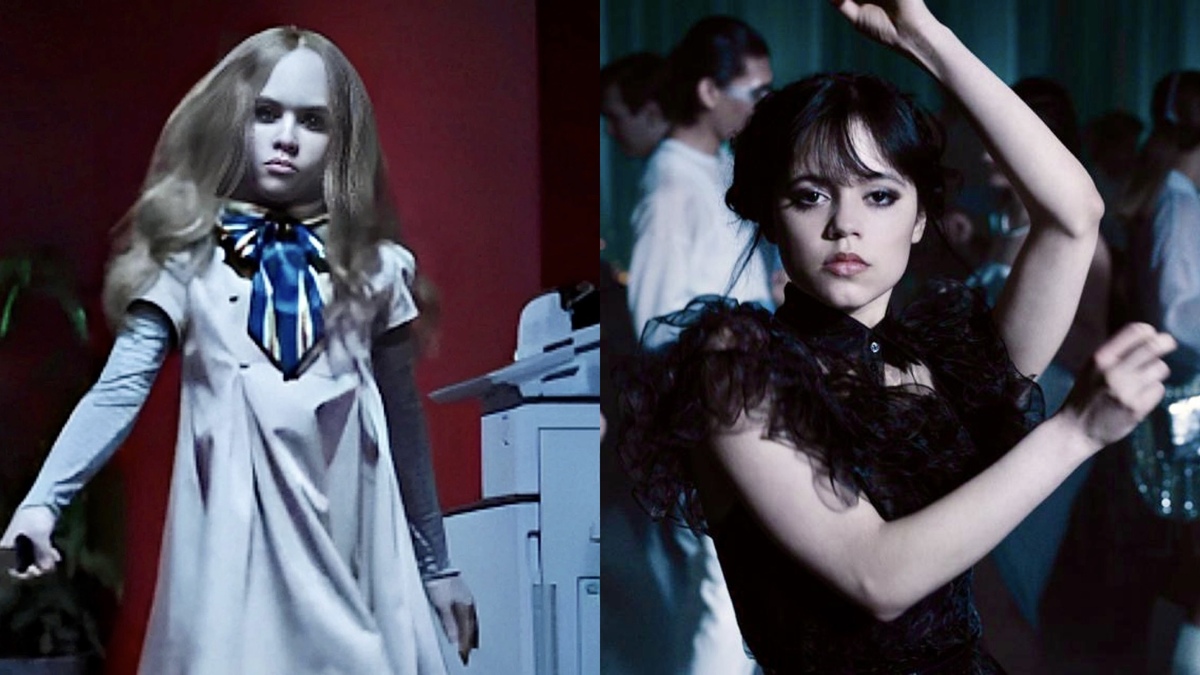 M3GAN is already establishing herself as a reigning queen of throwing cheeky shade online. From her hilarious quips about Chucky and other horror dolls, to her satirical comments under posts of both her fans and haters, it seems nobody’s safe from her antics. Now, Jenna Ortega and her character Wednesday Addams are catching some hits from the menacing doll.

On Reddit, the killer doll created an AMA post where fans could ask her just about anything they wanted, from her favorite Taylor Swift album, to how long her battery lasts. When queried who’d win in a dance-off between her and Ortega, M3GAN set the record straight as to why there isn’t much of a challenge between the two girls.

Ortega’s Wednesday and M3GAN have both become viral sensations on social media, not just for their spine chilling behaviors and deadpan commentary, but for their haunting dance moves. Beginning with the trailer for the horror flick, M3GAN established herself as a dancer and gymnast, busting out some seriously impressive moves, and Wednesday let the world in on her ghoulish steps during the fourth episode of the series at her school Nevermore’s shindig.

Clearly, both girls need to battle it out on a larger stage, not only to determine who indeed is the better dancer, but to appease a truckload of fans, who are now interested in this debate. Thankfully, there’s still time to make it happen, as a second season of Wednesday has already been announced by Netflix, and a sequel to M3GAN is already in development.