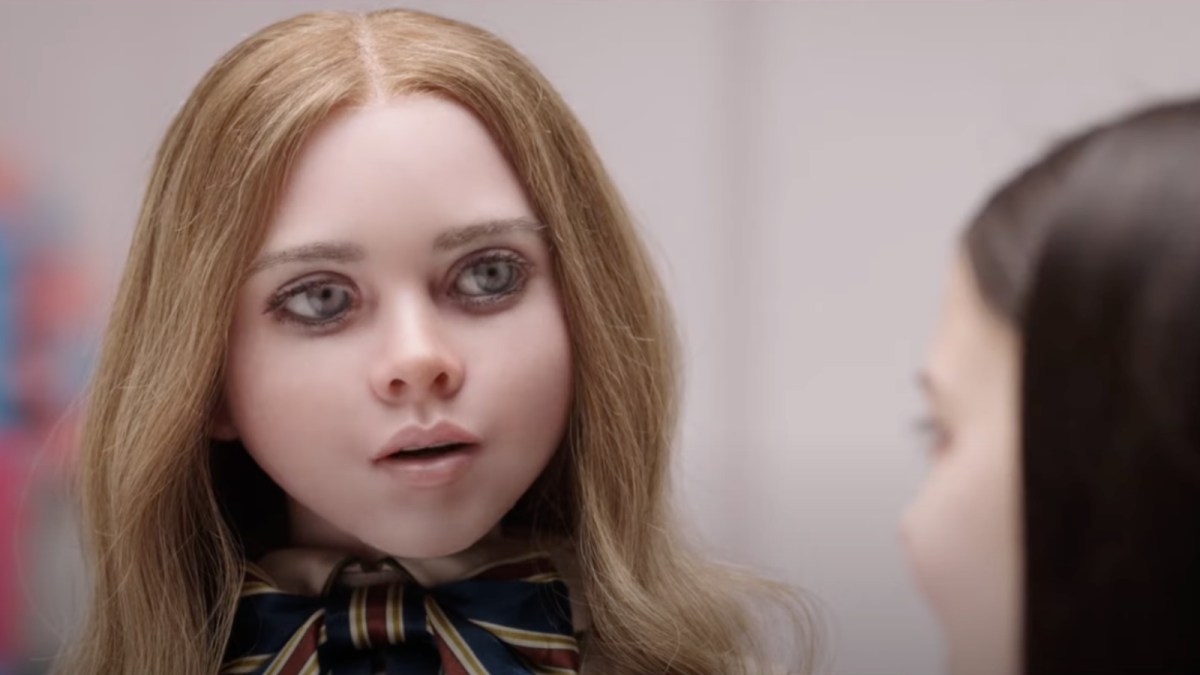 As the titular character of M3GAN seems set to enter the horror hall of fame, the director of the already critically acclaimed movie, Gerard Johnstone, claims that a lot of this is down to the young actress who literally embodies the murderous doll.

One of the biggest draws of the whole film since the first trailer went viral has been the titular character, the AI doll that has walked straight out of the uncanny valley, M3GAN. She draws the eye in every scene she is in, whether she is sitting silently at the table or running on all fours like a predator in the woods. The creepy doll is a combination of many things, and audiences may be surprised to know that CGI is not one of the biggest elements in her creation.

Without the budget to do the entire doll with CGI and not wanting to rely solely on puppetry, it meant that Johnstone and his team were left with finding a body actress. In an interview with IndieWire, the director explained,

“We didn’t have the budget for a Boston Dynamics robot, but we didn’t want to rely on strings or puppeteers in blue suits or anything like that. So that left us with the impossible task of finding a girl who was roughly the same age as Violet [McGraw, who plays M3GAN’s owner] and could do all this physical stuff and act with Allison Williams.”

Johnstone was not convinced they’d be able to find someone that would tick all these boxes, but that was before they cast Amie Donald. Initially planning only to use her for a few wide shots he realized very quickly that the young actress could offer a lot more than that, as her physical abilities and skills meant she could do so much more.

“She’s an incredible young actress, and she’s a national dance champion, and she’s a brown belt in karate. We hired a movement coach (Luke Hawker) for her who worked at Wētā and knows about wearing prosthetics and how to work within these suits, and then we had a stunt team that worked with her and they were blown away by what a 10-year-old girl could do.”

The actress’s dedication to the role as well as her quick grasp of what was asked of her meant that she was able to pull off some complicated stunts without always needing the support of rigging, with Johnstone recalling,

The doll embodies many strange and awkward movements, a staple of a good horror film character. Many of these movements you may assume were down to the assistance of CGI but it was actually thanks to Donald’s amazing physicality that they were able to bring these to life, with Johnstone stating, “She could run really fast on all fours. She could run sideways on all fours really fast.”

The actress took her role so seriously that she completely transformed on set, with Johnstone adding, “She was the loveliest, shyest little thing until the cameras were rolling. Then she became M3GAN. In fact, she wanted to be called M3GAN anytime she was on set.”

Moviegoers seem to be loving M3GAN so far as the film has already reached above their initial box office estimation by $10 million during opening weekend, leading to a potential sequel being in the works.

You can catch Amie Donald’s captivating performance in M3GAN in theatres now.