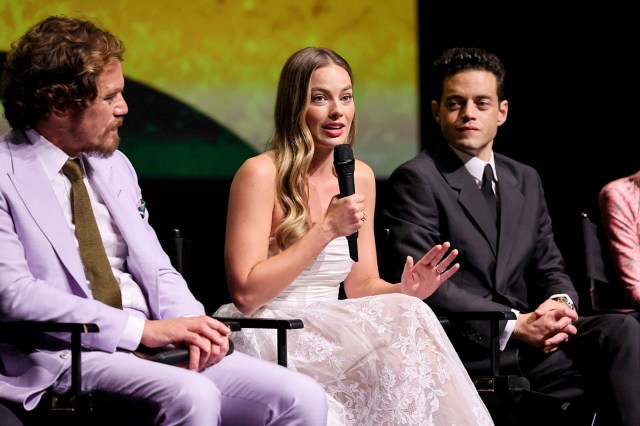 The 1930s period comedy mystery film Amsterdam, director David O. Russell’s first film since 2015’s Joy, boasts a star studded cast so packed it could be an Academy Awards afterparty. It features Christian Bale, John David Washington, and Margot Robbie as three best friends who get caught up in a mystery.

Robbie, in an interview with Vanity Fair, said she was simultaneously terrified and invigorated working for Russell. For example, she said a phone call with Russell could last either “five minutes or six hours,” but that the conversations were meaningful and she cherished them, mostly talking about the nature of art or friendship.

Often she said she would come to work on the set and not even know what was on the docket, filming-wise, for the day. “It’s terrifying, but also exhilarating, and puts you in a place where you can find a part of yourself as an artist you haven’t tapped into before.”

The plot of the movie involves actual history, and to delve into that would give away some important plot points, apparently. However, Russell wrote the script with Bale and the pair created three original characters to interact with real-life historical events. Russell said the movie was 50 to 60 percent true, and that the fictional characters exist so they can be placed into the historical context of the time.

In order to get a proper sense of time and place, the pair reportedly looked at old “pictures from Roseland Ballroom in New York, with everyone dancing,” and looking at certain people and wondering “what’s their story?”