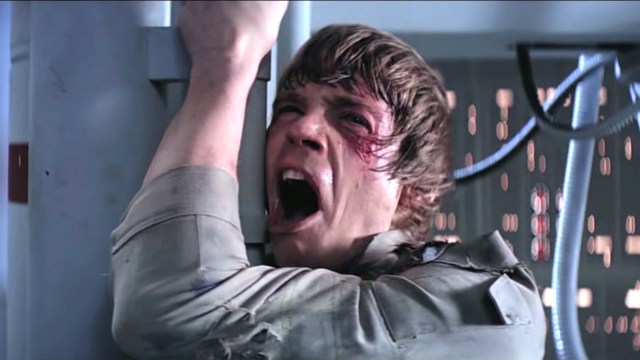 George Lucas is the uncontested master of creative wiggle room; if a previous canon of his wasn’t already loose enough, nothing on this Earth could prevent him from stepping back and un-tightening whatever screws he saw fit. The age old question of whether Han or Greedo shot first was no doubt met with a candid shrug.

Apparently, this goes right down to the diction, as perennial Star Wars icon Mark Hamill has revealed on Twitter that Lucas accepts several pronunciations for his made-up names and words.

Hamill listed Chewbacca, Leia, and Han as examples that had several different accepted deliveries, while also pointing out that Lucas imagined different parts of the galaxy would apply their own dialect to everything.

One responder to Hamill’s tweet made an in-universe connection regarding the dialects, noting how Lando pronounces Han Solo’s name differently from everyone else.

Another user all but confirmed that pronunciation was vast and varied across the Star Wars universe, with the Wookies making a fantastic example.

Others weren’t terribly fond of Hamill’s behind-the-scenes tidbit, namely the laxness with which George Lucas has gone about establishing and (by extension) re-establishing his canon.

And yet another responder couldn’t help but chuckle at how the creator of Star Wars itself takes so many aspects about it with a grain of salt, yet the series has gone on to spawn a fanbase that can turn volatile at the mention of just about any detail.

It’s not much of a surprise reveal from Hamill, and Lucas’s polarizing creative process doesn’t seem to be going anywhere anytime soon. Nevertheless, it’s a creative process that ultimately spawned one of the most popular worlds of genre fiction in history, and that more than speaks for itself.