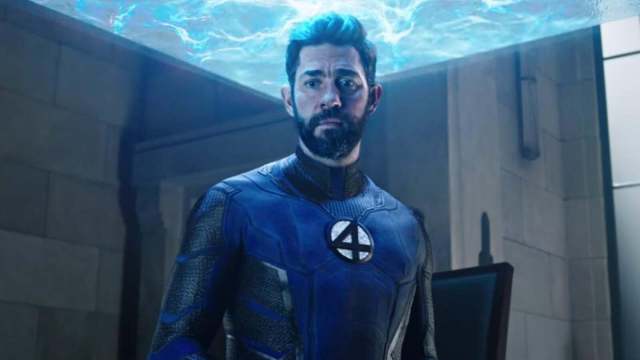 Another day, another Reed Richards rumor. While we wait for Marvel to drop some official news on who’ll be leading the MCU’s Fantastic Four reboot, it seems like every actor working in Hollywood, of any ethnicity and anywhere in their 30s and 40s, has been linked with the role of Mr. Fantastic by this point. Now we have another one to add to this ever-growing list. Someone who’s already carved a place out for themselves in Disney’s other jewel in the crown, Star Wars.

Just days after everyone thought that William Jackson Harper could be playing Reed in Ant-Man and the Wasp: Quantumania, it seems the internet has already moved on to a different contender. Namely, Andor and Rogue One icon Diego Luna. A rumor of dubious credibility is doing the rounds on Twitter, which claims Luna is in the running for Reed… And no one seems to be able to agree on if this casting would be brilliant or bonkers.

One for the pro column.

Others are still praying all that Penn Badgely talk leads to something.

Meanwhile, some are getting a little incensed by the idea (to put it lightly).

But, for Narcos fans, this would be a dream come true.

Now here’s a wild notion: what if all these Reed rumors are actually true and the MCU’s gearing up to adapt the Council of Reeds, which unites the many Mr. Fantastics of the multiverse?

As one reaction above reminds us, Luna has worked with Black Panther 2‘s Tenoch Huerta before and his best pal and frequent collaborator Gael Garcia Bernal also just joined the MCU in Werewolf by Night. So the actor certainly has a lot of reasons to board the Marvel universe himself. But as part of the Fantastic Four? We’ll find out eventually when the reboot stretches into cinemas on Feb. 14, 2025.