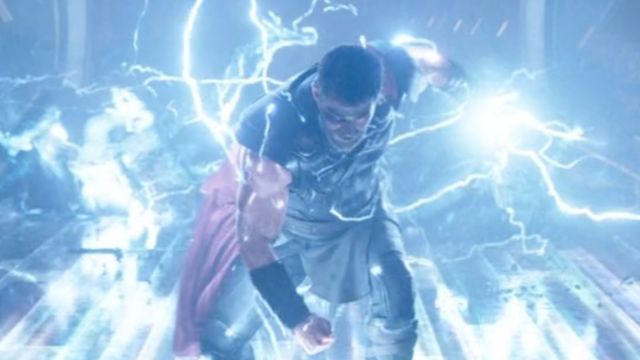 With the recent release of Thor: Love and Thunder, it would be no surprise that fans have begun to rewatch the previous Thor movies. One MCU fan noticed an inconsistency in Thor‘s powers that has got them wondering if the God of Thunder really needs his hammer to wield his powers.

Reddit user u/Pure_Golden shared a series of GIFs on r/Marvel studios where we saw Thor use his thunder powers against Hela’s army without Mjolnir. The Reddit user wondered if Marvel Studios had completely forgotten this one ability that Thor used in Thor: Ragnarok.

Fans understood OP’s confusion as to why Thor creating “AOE thunder damage” wasn’t featured in later films and was only seen once. They theorized that he doesn’t have to use the ability even if it’s convenient, plus that the ability was seen in Thor: Love and Thunder during the battle of Omnipotence City.

Others theorized that Thor still doesn’t know how to control his lighting powers hence why he still needs something like Stormbreaker or Mjolnir. It could also be because Thor is more comfortable using a weapon in battle. After all, it’s what he’s used to. Also, Stormbreaker is important because it can summon the Bifrost.

OP was reminded that Mjolnir was used to help channel his powers rather than have them flying all over the place. Also, the scene in question happened after Odin gave Thor that explanation.

Hammer or no hammer, Thor’s reliance on Mjolnir is important as it reminds him that he’s worthy, something crucial to his identity as both a god and a hero.

The Thor films may have given multiple explicit reasons as to why Thor uses a weapon, but it’s understandable if people have forgotten them. After all, Thor is featured in many films, so it makes sense if fans couldn’t remember one or two tiny details.