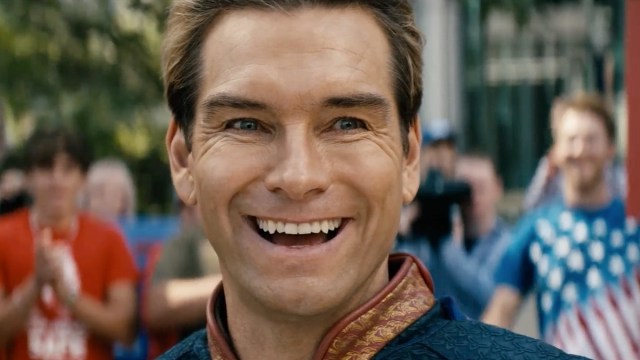 Marvel Cinematic Universe fans are looking rather pale after hearing the news that The Boys‘ Anthony Starr will portray the legendary vampire Dracula in the forthcoming Mahershala Ali-starring Blade movie.

In the satirical superhero show The Boys, Starr plays Homelander, a superpowered figurehead for a shady pharmaceutical company who publicly touts himself as that world’s version of Superman but secretly is a majorly damaged villain himself. As such, Starr could probably pull off a deliciously maniacal Dracula if the rumor pans out.

The rumor originated from a purported list of scoops on the r/MarvelStudiosSpoilers Reddit page, which supposedly showed a number of reveals that would be at the forthcoming San Diego Comic-Con next week and D23: The Official Disney Fan Club Expo in September. However, the list of “leaks” were fully labeled as rumors, as the moderators told readers, “As always, take this with a grain of salt.”

Nevertheless, fans immediately expressed their enthusiasm at the idea of Starr playing the Prince of Darkness himself.

“I’ll never complain about Anthony Starr in the MCU,” one Twitter user said.

Another fan seemed somewhat ambivalent at the news, unable to make heads or tails of the rumor.

“Anthony Starr as Dracula would slapp soo hard,” another Twitter user wrote while also lamenting the rumored exit of Elodie Yung as Elektra in Daredevil.

For one fan, the idea of Starr as Nosferatu was like reaching a higher plane of existence, apparently.

Another Twitter user called BS on the entire list of supposed “leaks,” pointing out how there would be no way that The Marvels post-credit scene could get revealed at a comic book convention of all places and way before it’s expected to hit theaters.

Another fan contended that Starr taking on the part of a one-time villain would be a waste of talent.

However, yet another Twitter user was excited at the prospect, tweeting to Starr himself, “man you gon kill that s**t!!!!”

Who knows if the rumors are true or not about Starr joining the MCU, though that would be a delightfully ironic bit of casting considering The Boys does much to mock the cinematic franchise. What is certain is that Ali will definitely play the titular role when Blade eventually comes to theaters more than a year from now.