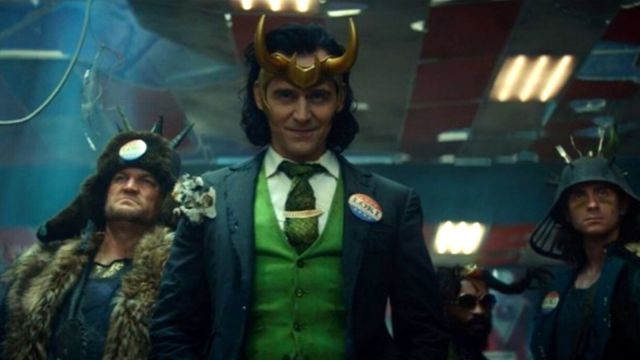 People have an interesting way of coping, whether that may be denying something happened or moving on without a second thought. However, MCU fans noticed something off with the people of Earth when it came to how they moved since the events of Avengers: Endgame.

Reddit user u/Salty-Personality-11 shared their observations on r/marvelstudios where they pointed out that people are kind of praising the bad guys. OP pointed out that there were Loki cosplayers at AvengerCon when he terrorized all of New York and how there is an ice cream shop in New Asgard dedicated to Thanos’ Infinity gauntlet.

Some Marvel fans tried to justify people accepting terrible events in everyday capitalism through real-world events. People pointed to stores and industries in countries that relied on the bad side of history to make a profit. Others pointed out how baddies tend to be ‘redeemed’ in real life thanks to stan culture. They have also brought up people dressing up as problematic people during conventions.

Meanwhile, others pointed out that the cosplay seen at AvengerCon was not Loki, it was Mantis and was known to the public thanks to Scott Lang’s podcast.

Others theorized that New Asgard may have portrayed Loki in a possible light and the message might have moved across the pond, just in time for AvengerCon. However, some MCU fans still didn’t think it would make sense considering what he has done back in New York. This led to a discussion on how Loki might have been redeemed.

But one MCU fan compared what’s has happened in the recent films and shows to their real-life experience post-9/11. They believed that what’s shown in the MCU is similar to people “making peace signs” and “taking selfies” at the Memorial Pools.

Humanity has an interesting way of coping or sharing their traumatic history with others, and humans in the MCU are no different. While we might find it weird to see people selling ‘Thanos-themed’ ice cream and viewing Loki as a hero, there are some in real life who do similar things.