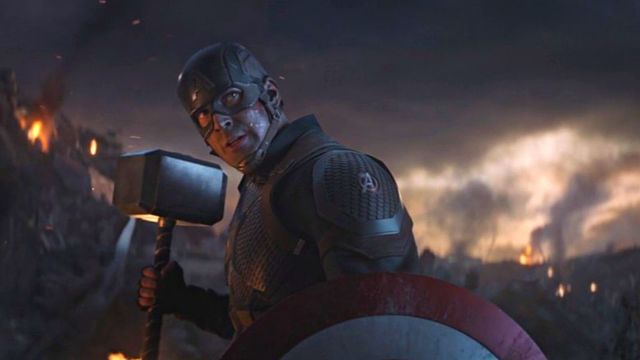 Thor: Love and Thunder has shown that whenever someone wields the power of Thor, they’re able to transform into a Thor-looking superhero. But this awesome and cool moment has left fans scratching their heads as they realized that another MCU character was able to wield Mjölnir. But unlike Foster, they didn’t receive their epic Thor transformation.

Reddit user u/AT-TE-212 shared this observation on r/MarvelStudios, when they remembered that Steve Rogers was able to hold Mjölnir in Avengers: Endgame. OP asked why Jane Foster was able to transform into Thor while Steve Rogers couldn’t. Why did she get to receive his powers while all Steve Rogers can do is throw the hammer?

And it’s not just Rogers. Fans also remembered when Vision was able to wield Mjölnir back in Avengers: Age of Ultron. However, some pointed out that for some reason, robots are something of a loophole in the comics.

While it may seem unfair that Captain America didn’t become a god after wielding the hammer, there may be a reason as to why that is the case. A few fans theorized it’s because Thor enchanted the hammer to protect Foster, similar to how Odin enchanted the hammer to only go to those who are worthy. While it may not be too obvious and just him whispering to his favorite weapon to protect his girlfriend, it still counts as an enchantment.

Others theorized that Steve doesn’t need a new outfit because he technically has one. Jane wanted to change her appearance because she was dying from cancer. So it’s probably the user’s preference on how they’d like to look and appear when holding Thor’s hammer.

But let’s be real, Mjölnir just found Rogers worthy to wield the weapon and he’s more of a melee fighter rather than someone who seeks powers. Foster was worthy too, but we saw in the film how she looked toward ancient Norse mythology when looking for a cure for her cancer. She wanted to see if Mjölnir would extend her life, hence why she became Thor.

So while it was unfortunate that Captain America didn’t get his transformation moment, maybe he didn’t need to. He was already worthy enough to wield the weapon in the first place.

Thor: Love and Thunder is now showing in theaters.