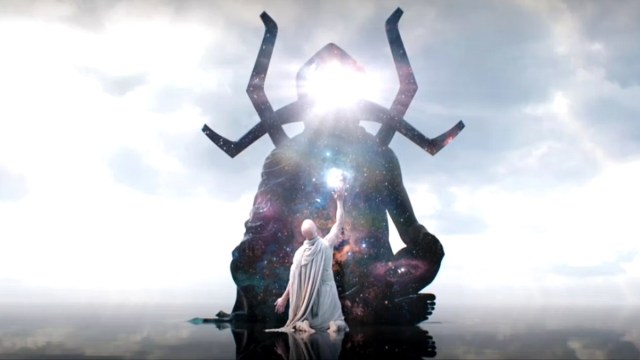 Thor: Love and Thunder opened itself up to fierce criticism among the Marvel Cinematic Universe fandom, and one of the many questions being posed in the aftermath was why the convenient plot point of Eternity had never been mentioned in canon before.

Gorr the God Butcher decided that the only way to get what he really wanted, namely the return to the world of the living for his daughter and the death of all deities, was to take a trip to the mystical location at the center of the universe. Being the nitpickers that they are, though, MCU supporters instantly began to question why Thanos didn’t decide to simply head there instead of spending so much time and effort to wrangle the Infinity Stones, which didn’t work out too well in the long run.

Ignoring the holes being poked in Love and Thunder‘s logic, something that’s already grown passe following the movie’s Disney Plus debut, Marvel maniacs have instead been offering up suggestions and solutions to what their favorite characters would seek if they were the ones to make it to Eternity, and not Christian Bale’s big bad.

It didn’t take long for the jokes to start flying, so you may not be surprised to discover that the top-voted comment by a huge distance has Loki’s Mobius M. Mobius finally getting his hands on a jet ski. Getting emotional for a second, users are torn on whether Steve Rogers would prevent Bucky from falling to his doom in World War II (thus negating that nasty Winter Solider) business, or ensure that he’d get to remain with his one true love Peggy Carter.

The suggestions range from the heartfelt to the hilarious, which is about as much as we expected given that Eternity would gift anyone with their ultimate desire.