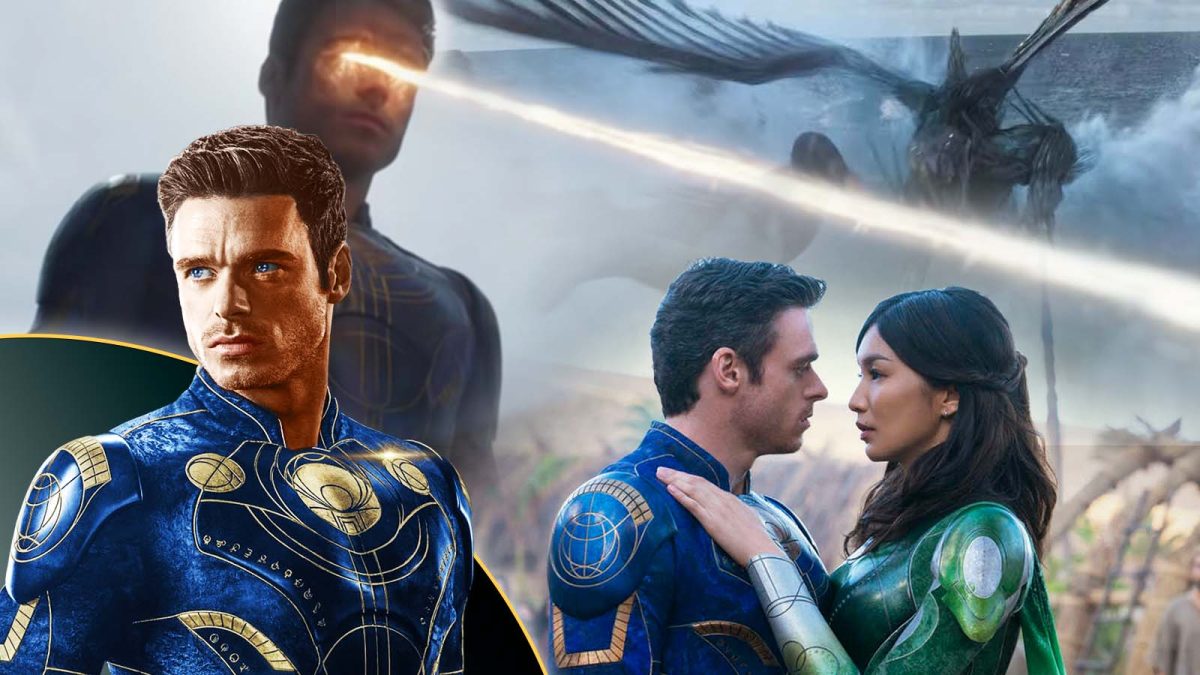 When it comes to the MCU, the theories and speculation are as much fun as the on-screen action, possibly more so in light of Phase Four. Now a Reddit hot take is making us rethink what happened to Ikaris in Eternals.

Last we saw Ikaris, he turned heel on his fellow Eternals, murdering Ajax and ready to kill the lot of them when he felt guilty and flew into the sun. That’s precisely what many viewers wanted to do as well after seeing the movie, so there’s a little envy in his bursting into flames.

Is he really gone, though? The trending fan theory suggests that maybe he didn’t burn alive in the sun after all. Instead, perhaps he is absorbing the power of a million exploding suns and preparing for his return in Thunderbolts.

While Eternals’ conclusion and post-credits scene teased more adventures from Sersi and the Black Knight, not to mention Blade, it proved to be the end of the line for the team’s most notable member, at least in the comics. As has been the case with Marvel, particularly in Phase Four, Richard Madden was another talented actor cast away with a one-and-done role in an underwhelming movie. Maybe this theory is wishful thinking on the part of Madden/Ikaris fans, but it would be appropriate for both the actor and character to get a second chance at Marvel stardom.

Sentry was created when drug addict Bob Reynolds broke into a laboratory and was so desperate for a fix that he guzzled down any mystery substance he could find. One of those happened to be a super-soldier knockoff formula that tapped into some cosmic powers. It also unleashed a dark, evil side to Bob’s personality, The Void. Sentry went on to join both the Avengers and the Dark Avengers. Thus, when Marvel reportedly began searching for its “evil Superman,” comic fans immediately pointed to dear ol’ Bob.

Sticking to the comics, this character combination wouldn’t make sense, so not everyone was on board with the Ikaris/Sentry logic.

No, Ikaris doesn’t fit as Sentry, but we can’t necessarily say it won’t happen. When has Marvel Studios cared about the comics? A producer proudly said it’s a red flag when a writer or director actually likes Marvel Comics, something a bit perplexing to MCU fans. Never say never.