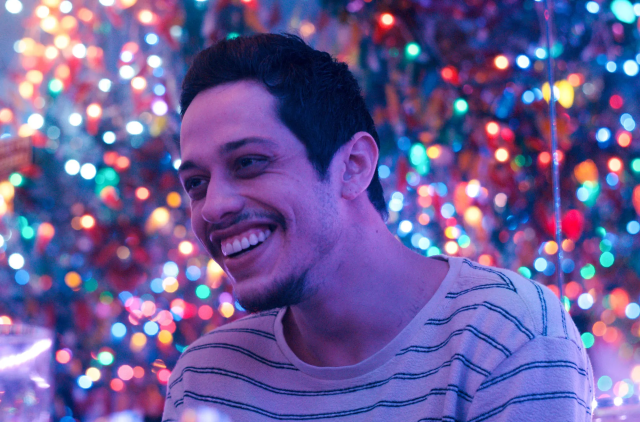 Romantic comedies look to be coming back in a big way, with storied genre veteran Julia Roberts joining forces with George Clooney for the cinema-bound Ticket to Paradise; if Roberts is coming back to it, that’s when you know it’s high time to cash in.

And cash in Alex Lehmann has, with the brand new Meet Cute, a film that adds to the surprisingly long list of romantic comedies involving time travel, joining the likes of 13 Going On 30, Midnight in Paris, and About Time.

Starring Kaley Cuoco and Pete Davidson, Meet Cute chronicles the escapades of Sheila (Cuoco), a Manhattan woman who stumbles upon a time machine hidden in a nail salon, which she utilizes to replay a date she had been on the night before, hoping to craft something fruitful out of what was once a mediocre night.

And if said date could be best described as “passable, but underwhelming,” it shares a similar sentiment with the consensus of its reviewers; everything from the film’s merits to its lessons to its performances can’t seem to find common ground.

Collider‘s Emily Bernard argued that the film’s surprisingly dark turns made her question whether Meet Cute should even be considered a rom-com, despite how surprisingly poignant such turns were.

“By the end of the film, you will have taken a much darker ride than you probably anticipated. The tone is hard to pin down as it tries to balance the silly inclusion of time travel with the more complex themes of trauma.”

The Guardian‘s Adrian Horton was much harsher, calling the film “charmless” and incapable of delivering on what it wants to do.

“There’s an intriguing thread somewhere in here about unrequited obsession that has more do to with insecurities than actual love, about how depression can lead to intense, sticky fixations that are difficult to surrender. This is not a smart enough film to do that, nor one as edgy as it seems to think it is.”

And Kate Erbland of IndieWire gave a much more positive review of the film, suggesting that it’s an important reminder about the dangers of romanticism.

“Even as Meet Cute embraces rom-com tropes, it explores the way they can taint entertainment as well as real life. Love is messy, unpredictable, and painful, hardly ever as ‘cute’ as we see it in the movies.”

Meet Cute is available to stream on Peacock.