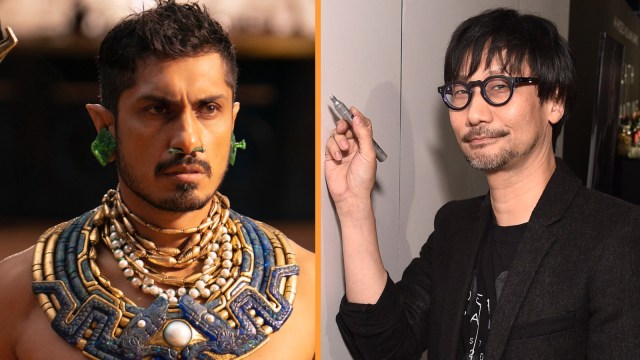 In between bouts of creative genius and outlining intricate narratives for his video games, Hideo Kojima spends a lot of his free time watching movies, listening to music, and sharing his thoughts and recommendations on social media. Now, the Metal Gear Solid creator has announced that he found the latest MCU flick a bit surprising due to its “unusual” themes.

As the biggest movie premiere at the tail end of 2022, Black Panther: Wakanda Forever is the talk of the town these days, especially among cinemagoers, so it was hardly surprising to learn the medium’s most avid fan — a man who, despite his legendary career in video games, professes that 70% of his body is made of movies — has watched the superhero flick and consequently has some hot takes to share with his ever attendant audience.

Kojima took to Twitter to explain that Wakanda Forever is a film that “moves forward without a hero,” but he founds its depiction of inter-ethnic politics and the cycle of revenge a strange choice for a Marvel project.

The man always likes to play mind games, even when talking about other works of art, but this is as non-specific an opinion as any we’ve heard from him about a movie before. At least he’s not saying Marvel isn’t cinema like some other esteemed directors.

Kojima is currently busy working on several titles; one is an Xbox exclusive pushing ahead under the codename of Overdose, while the other is the anticipated sequel to 2019’s Death Stranding, though the director was planning to keep that particular follow-up under wraps for at least a little while longer.