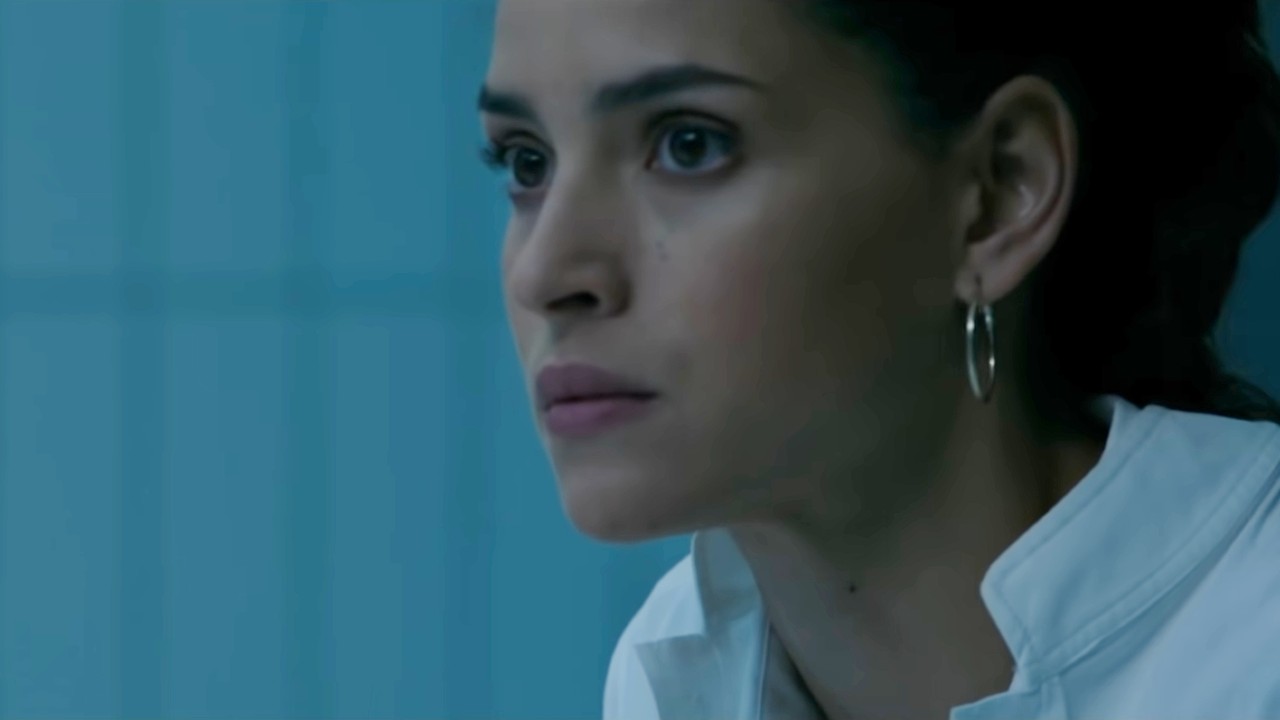 With the release of Morbius next month, Sony is bringing a vampiric Spider-Man villain to the big screen for the first time.

Adria Arjona will play Martine Bancroft in the film, who is the fiancée of the titular Morbius.

In the film, Morbius is a leading biochemist who is trying to find a cure to his rare blood disease. After an experiment gone awry, he accidentally turns himself into a vampire.

Martine is also a scientist in the film, who is assisting her soon-to-be husband in his search for healing, only to become horrified when Morbius transforms into a bloodthirsty monster.

Rather than strictly relying on the comics — where Martine originally debuted in the early 1970s — it was at the behest of director Daniel Espinosa that Arjona looked to contemporary figures for inspiration, she told Screen Rant. That includes soul and pop singer Sade, and Congresswoman Alexandria Ocasio-Cortez.

“We had AOC conversations; we really drew inspirations from so many things,” Arjona explained, adding she wanted to avoid the character being overly sexualized, as is often the case in films like this. “Daniel was very specific on her looking sort of like Sade, aesthetically, and speaking with conviction like AOC. But yet having the tenderness of a doctor that […] still has a heart and believes in science.”

The actor, whose star has been rising through appearances in films like The Belko Experiment and the HBO series True Detective season two, added that it was those three qualities that “really created Martine.”

“And I love her. She speaks with conviction. She’s strong, she’s tough, she’s fearless and has a heart of gold. And those are all qualities that I wish [I had]. I mean, I wish I was a little more like her,” Arjona said.