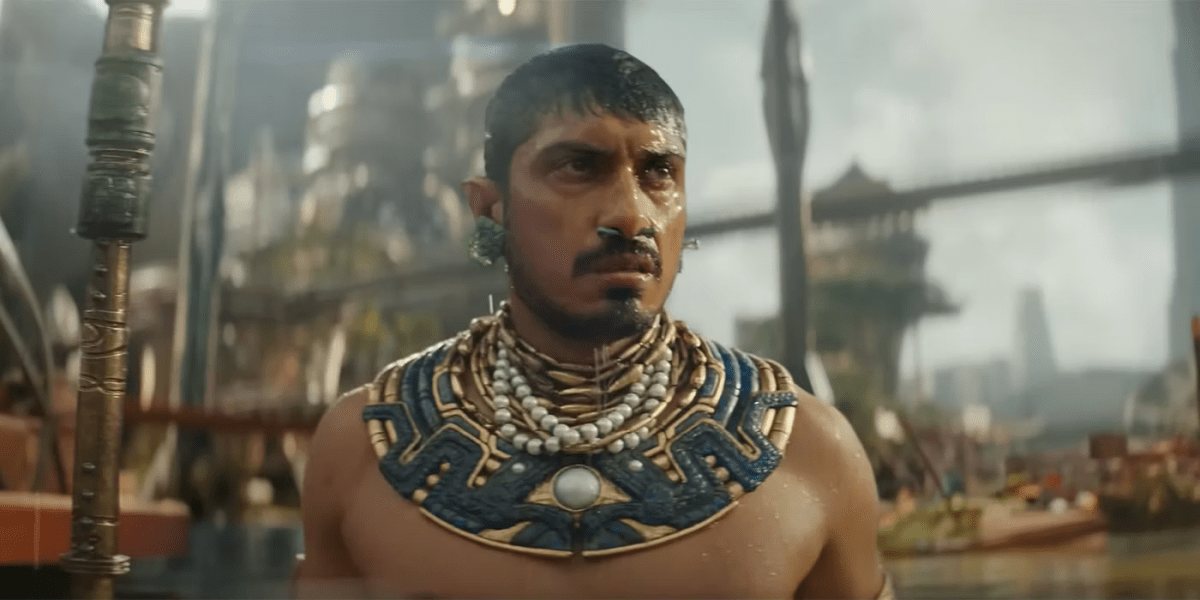 It seems that Namor wasn’t the only supervillain who made a splash with fans of Black Panther: Wakanda Forever.

MCU enthusiasts took to the r/MarvelStudios subreddit to sing the praises of Attuma, and express their desire to see him appear in more films in the future. SpeedForce2022 wrote, “I really hope we see Attuma again! He 100% had the best design in the film, and his rivalry and fight scenes with Okoye were definitely some of the biggest highlights of WF.”

Attuma is a nefarious subterranean warlord who made waves when his character appeared for the first time in the Marvel universe in 1964. In the sequel to 2018 blockbuster Black Panther, he is portrayed by Venezuelan actor Alex Livinalli.

In the film, the Talokan powerhouse famously faced off with Okoye (Danai Gurira), General of the Dora Milaje and one of Wakanda’s mightiest warriors. Naturally, the scene stirred up immense interest in his character among fans.

Redditor From2055 responded to OP with a prediction that Attuma’s disappointment with Namor over his surrender to Shuri is destined to make him the villain in a future TV series about the Talokan king.

LordChienOnWen argued that a standalone Namor film is unlikely because the rights to the character still belong to Universal. They also challenged the notion that Attuma would be Namor’s nemesis, suggesting that he was more like to play a heroic figure in the tradition of Nakia and M’Baku.

Weird-Ingenuity97 agreed with OP that Attuma’s appearance was especially imposing. They also pointed out that he’s a good looking guy.

Another fan called Willakhstan was also in awe of Attuma, and how the character could go from being terrifying during the fight scene with Okoye to benign at home in Talokan.

There’s no denying that Livinalli’s impressive physicality and fighting skills made Attuma’s presence especially thrilling for many fans of Black Panther: Wakanda Forever. Considering that the production department crafted a 200-page history of the Talokan, there’s a good chance that fans will be seeing more of Attuma in future MCU films.