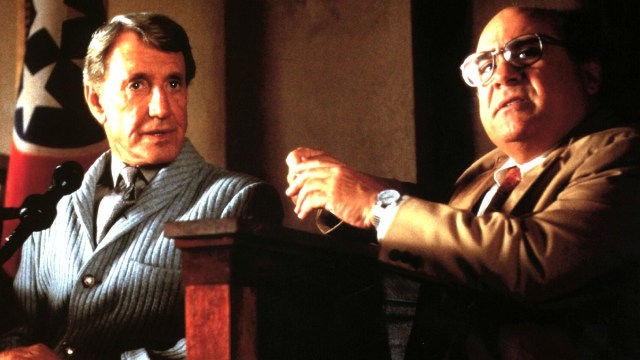 Hollywood is known to jump on a bandwagon or two that’s proven popular elsewhere, but the craze can often be over in a blink of an eye.

Take the John Grisham legal thriller, for example; between 1993 and 2003 alone, the author’s back catalogue spawned eight feature films, a made-for-television movie, a failed pilot, and a TV show. Since then, though, only a solitary single-season episodic offering has brought the writer’s signature blend of courtroom histrionics to the screen, and that was over a decade ago.

The vast majority of them followed the same template down to a tee, roping in an accomplished director and a star-studded cast to tell a twisting, turning story that made legal jargon accessible to a mainstream audiences, usually punctuated by a grandstanding monologue or two during the climactic showdown. Funnily enough, The Rainmaker ticked all of those boxes, and wound up as the best-reviewed Grisham adaptation ever made.

Not only that, but it’s currently flying high on the Netflix charts since being made available on the library as fans revisit the 1997 favorite, as per FlixPatrol.

A Certified Fresh Rotten Tomatoes score of 83 percent puts it right at the top of the pile, which everyone should have probably seen coming given the talent involved. Written and directed by five-time Academy Award winner Francis Ford Coppola, with two-time victor Michael Douglas among the producers, the lineup boasted Matt Damon, Danny DeVito, Clare Danes, Danny Glover, Mickey Rourke, Roy Scheider and countless others.

The plot follows Damon’s fresh-faced attorney, who ends up partnering with DeVito’s righteous paralegal to take on a corporation refusing to provide insurance for a dying child. From there, a conspiracy soon begins to rear its head when personal and professional dynamics become entwined. No prizes for guessing how it pans out in the end, but that doesn’t mean it’s not fun getting there.