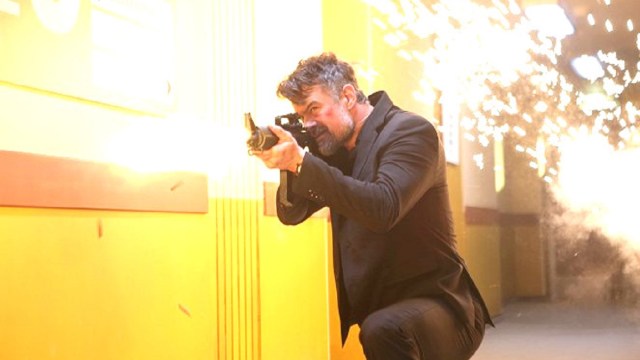 Just when it looked as though Netflix was turning a corner to start delivering action movies that weren’t resoundingly panned by critics, along comes Blackout to restore balance to the established order.

While recent smash hit Lou scored a respectably solid Rotten Tomatoes score of 70 percent, we’re not expecting director Sam Macaroni (yes, like the pasta) to receive anywhere close to the same levels of acclaim for his unstoppably unimaginative shoot ’em up, which currently holds a measly 3.9/10 audience average on IMDb, with the majority of reviews being one step above scathing.

Naturally, though, Blackout has become a monster-sized success on the platform since being added to the library yesterday, because few things hook the masses quite like explosive pyrotechnics that don’t require your brain to be switched on.

Per FlixPatrol, Josh Duhamel’s latest uninspired foray into action hero territory has instantly seized a Top 10 berth in 71 countries to rank as the streamer’s fourth-biggest film globally – and with the weekend upon us, it’s destined to fly even higher.

As you’ve seen many times before, Duhamel’s Cain wakes up in a hospital with absolutely no idea who he is or how he got there, but the place is locked down and he’s got a lot of angry enemies on his tail. Sure enough, the only way to escape and find out his true identity and reasons for being there involve lots of punching, shooting, and things blowing up.

There’s nothing wrong with formulaic actioners every now and again, but Netflix is really making a habit of it.