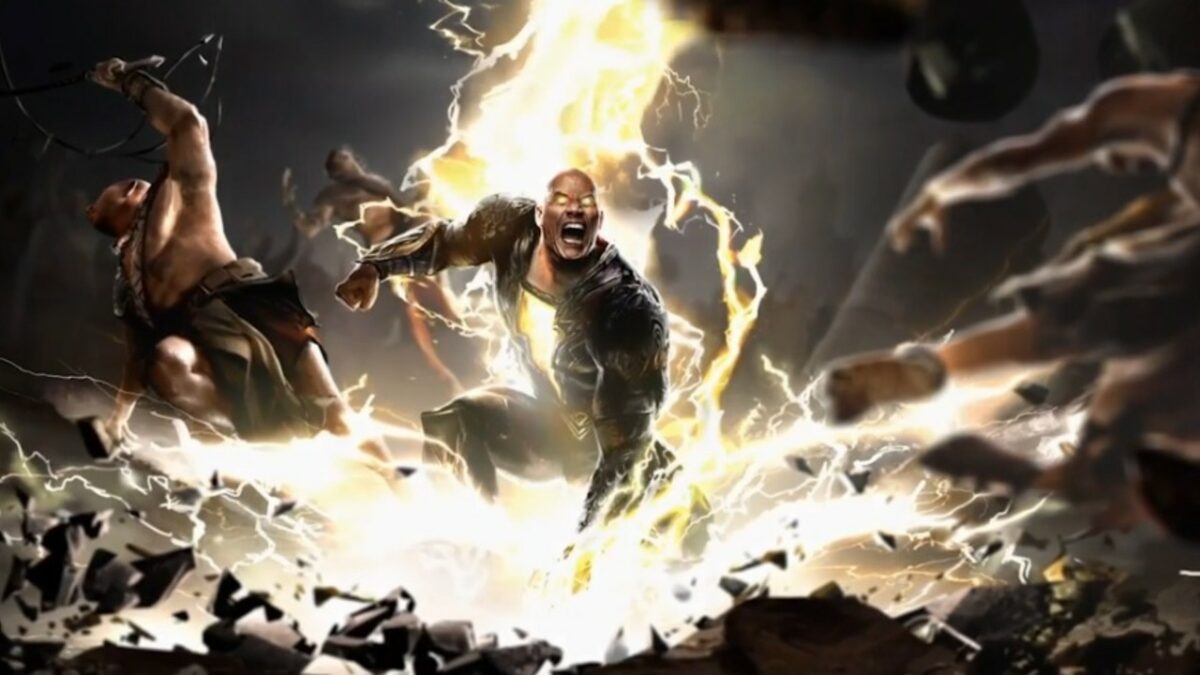 The long-awaited DC film Black Adam, releasing later this year, will apparently feature the titular character, as portrayed by Dwayne “The Rock” Johnson, engaging in an epic battle with Aldis Hodge’s Carter Hall, AKA Hawkman.

That’s according to a new piece of promo art that has just surfaced online, as shared on Twitter by the account @TheDC_Syndicate.

Though all of the aforementioned images have been touted as official artwork by people posting them online, they haven’t been officially acknowledged as such by DC or Johnson, who is producing the film through his Seven Buck Productions, with the film being set for release 15 years after he was originally cast in the role.

The images are fairly consistent with each other, they resemble the actors set to portray the characters, and the Hawkman one even contains a copyright by DC and Warner Bros. at the bottom, so we think there’s a fairly good chance they are the genuine article.

Johnson shared that the first full-blown trailer for the film would be releasing June 8, so it only makes sense that promotional images — perhaps intended for a media embargo — have already leaked online.

As Johnson has continued to remind fans again and again, the hierarchy of the DC universe is about to change when Black Adam thunderbolts into theaters Oct 21.